NMSU Round Up • January 31, 2019 • https://nmsuroundup.com/11994/sports/new-mexico-state-returns-to-pan-am-aurrecoechea-ruled-out-indefinitely/ 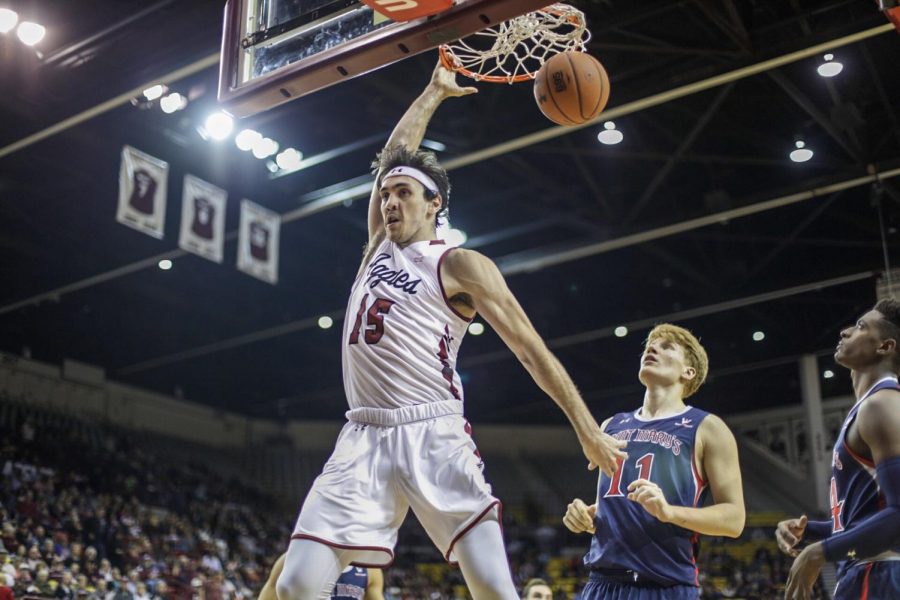 After undergoing an MRI earlier this week, junior big man Ivan Aurrecoechea is ruled out indefinitely after suffering a knee injury against UTRGV.

NM State managed to hold off UT Rio Grande Valley last Saturday for their fifth-straight win thanks to an Eli Chuha game-winning layup in the contest’s waning seconds, but the team suffered what could be a significant loss when Ivan Aurrecoechea, who has been ruled out indefinitely with a knee injury following an MRI, took a nasty fall as a result of a flagrant foul on a breakaway dunk late in the second half.

As the team’s third-leading scorer (10.4 points per game) and second-leading rebounder (5.5 rebounds per game), Aurrecoechea’s absence — however long it may be — will certainly be felt by the team, but with 11 games still to play before the start of the conference tournament, the Aggies must embrace that famous next-man — on in their case men — up mentality.

“I don’t necessarily think it’ll be one guy. We won’t have Ivan — he plays 17, 18 minutes a game and that will force maybe some other guys to play a little more minutes, but we’ll just wait and see what we hear,” head coach Chris Jans said when asked about making up for the junior’s contributions. “Nobody likes those situations but, you know, sports happens… Fortunately, we’ve talked about our depth ad nauseam this year. This team has shown the ability to play a lot of guys, so we are equipped to handle situations like this.”

NM State will likely rely more on Chuha, who is playing the best basketball of his career in recent weeks, but Johnny McCants is an clear-cut choice for a direct substitute.

“He’s played a lot of five in his young career thus far. It’s probably, to be honest with you, his best position right now, with his skillset and where it’s at,” Jans said when asked about a potential increased role for McCants. “He’s a little bit better around the basket. We think his bet position going forward is more of a four-man for us and for him… but we certainly can slide him over to the five.”

The Aurrecoechea-less Aggies return home tonight to host UMKC for their first game at the Pan Am in nearly three weeks and will look to overcome the unfortunate injury to one of the team’s premiere players to keep pace with fellow one-loss WAC powers in CSU Bakersfield and Grand Canyon.