How to have a healthy semester 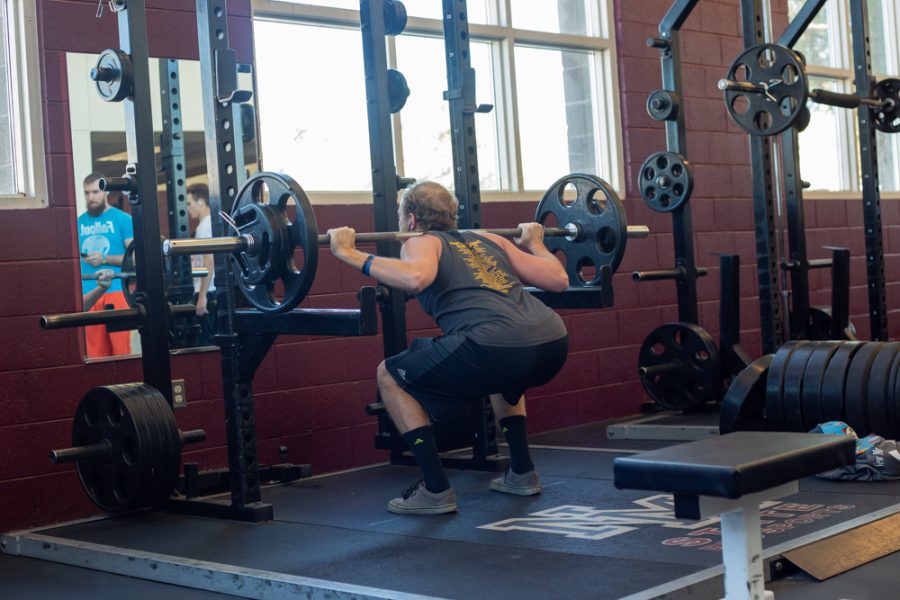 An athlete performs squats in the NMSU Recreational Activities Center on January 28, 2019.

Today’s college students hold the stereotype of gaining fifteen pounds and stocking up on ramen noodles. The beginning of a new semester gives New Mexico State students the chance to create healthy habits that they can stick with as the weeks go by.

However, amidst attending lectures, studying and finding time to eat, sticking to a healthy exercise and diet plan can be difficult.

NMSU’s Student Association of Nutrition and Dietetics, otherwise known as SAND, have many suggestions for NMSU students to stay healthy when it comes to smart shopping, eating healthy, setting goals and being active.

President Samuel Hernandez and vice president Amanda Apodaca want students to know eating healthy can start with preparing meals during the weekend to save time and avoid buying unhealthy fast food throughout the week.

Similarly, Apodaca offered a scenario where many students have an opportunity to eat healthy.

“Say you’re on campus. You have in mind when you’d like to get off campus and go eat but it’s never set in stone.” Apodaca said. “If you have your snacks and meals [with you] and take the time to actually think about what you’re putting in your body during prep time, you don’t have to think about it during the week—So having that, having Saturday or Sunday to prep it, get it ready—you’re good to go for the rest of the week,”

Though some may think shopping healthy is expensive, Hernandez said this is often untrue.

“Just getting rid of that stigma that healthy eating is so expensive” Hernandez said about how to eat healthy on any budget. “If you really educate yourself, you realize that you can spend thirty dollars in a week and have food that lasts, depending on how quickly you eat, a week or longer. Fast food is cheap at the time, but when you’re getting it three times a day, seven times a week, you’ve spent way more than what you would have if you would have just got groceries,”

Apodaca also gave an example of how to shop smarter.

“You can buy a bag of apples that can give you ten servings, whereas if you hit up the food court, a fruit cup costs three dollars and you’re only going to eat it that one time,” Apodaca said.

To stick to a goal, Hernandez recommended starting with small steps rather than drastic changes.

“Say you’re eating out five times a week, a small goal to work towards is reducing it down to three or four times a week and then just dropping it down gradually until it’s only once or twice a week,” Hernandez said.

Though eating well is a component of health, exercise is also important. Because Hernandez and Apodaca are college students, they understand it may be hard to find the time to exercise, but they said it’s still doable for NMSU students.

“Always incorporate some kind of physical activity throughout the day. It’s not all about what you eat. Instead of taking the elevator, take the stairs or instead of parking close to a building, park at the horseshoe and walk up to your classes—just little things like that,” Apodaca said.

“Even just thirty minutes three times a week is something they can work towards.” Hernandez said. “Don’t underestimate what can be done in such a short amount of time—just getting active, doing something, going to the gym, walking on campus—just don’t underestimate it,”

Though college students’ schedules can be busy, making the needed small changes can help NMSU students lead the way to a healthy semester.