NMSU Round Up • April 26, 2019 • https://nmsuroundup.com/13217/campus-life/students-come-to-defense-of-nmsu-government-professors-controversial-twitter/ 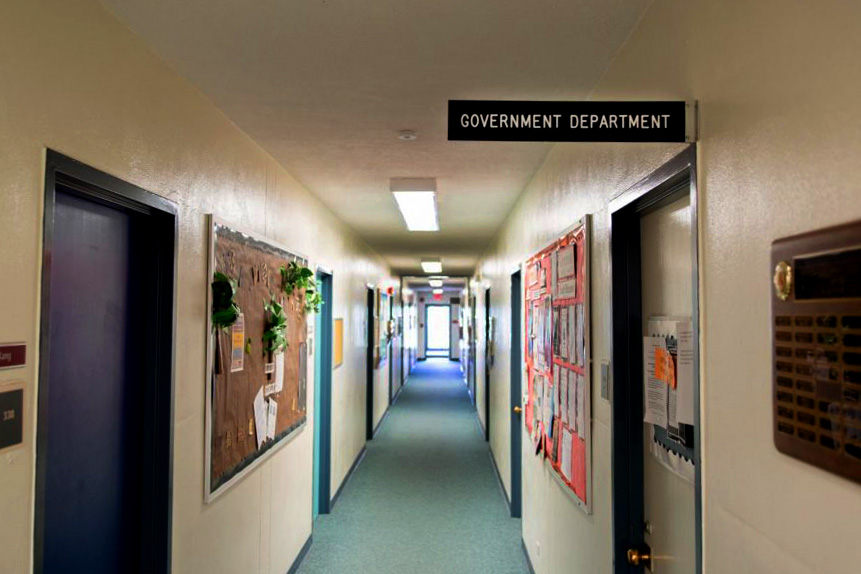 Supporters of Butler said because the account was private, he was free to express any beliefs or opinions he had on the public platform. Some said that the tweets featured in the original story were not indicative of the claims of “bigotry” made by others.

A plethora of comments were made on social media as well as on the story itself, with many expressing that Butler had been one of their favorite professors while at NMSU.

Ever Vidana, a junior and government major at NMSU as well as the head of the College Republicans on campus, said that society is in a polarized political climate and the account was not as inflammatory as some students made it out to be.

“Just because we don’t like it doesn’t mean that we’re bigoted or you’re bigoted, you know, its free speech. We can all think how we want and say what we want,” Vidana said.

Vidana said that in the past when people differed on issues, they were free to express their opinions without retribution, but today people must be careful with what they say in case they offend someone.

The argument is more so about whether we want to be politically correct or not, Vidana said, society either has those freedoms or they don’t.

Vidana emphasized that while Butler may hold strong beliefs, he did not let it interfere with his teaching.

An article about Butler in “The College Fix,” a publication that features “right-minded news and commentary” and often covers controversy surrounding “political correctness,” discussed his views on the situation.

“My case is nothing unusual. Right now there are scores of cases around the country of professors and others on campus who are harassed, fired, or vilified for daring to express opinions that run counter to the prevailing progressive orthodoxy and their Thought Police enforcers,” Butler said in an email to the Fix.

According to the NMSU notice of non-discrimination and equal opportunity, which can be found in full on the government department’s website, “New Mexico State University is dedicated to providing equal opportunities in our employment and learning environments.”

Hate speech is defined as “abusive or threatening speech or writing that expresses prejudice against a particular group, especially on the basis of race, religion, or sexual orientation,”according to Google dictionary.

Though there are no laws on the matter of hate speech in the U.S., some proponents view it as undermining the Fourteenth Amendment by bolstering an oppressive narrative which demeans equality and the amendments purpose of guaranteeing equal protection.

According to the Freedom Forum Institute, The US has nine categories of unprotected speech, such as speech that calls for imminent violence upon a person or group.

In Butler’s response letter, he thanked students for supporting him and his rights to free speech. He also explained his reasoning behind creating the “Mad Farmer persona.”

Butler described what he perceived as an increasingly concerning political climate in which conservatives are silenced and marginalized. He said the “Mad Farmer” was created to defend and articulate his “traditionally conservative” political views in contrast to the mainstream and most powerful institutions in America.

“I find this alarming. I find it alarming not because I am a conservative, but because I believe that free and honest discussion of alternative points of view is an indispensable feature of any society that wishes to call itself civilized,” Butler said. “The marginalization of conservative ideas has become so thoroughgoing that reasoned political discussion is now nearly impossible.”

He described how he resists divulging personal political opinions in class as he preferred that students arrive at their own conclusions. Butler said he had too much respect for his education to abuse his authority in that fashion.

In response, Vidana said in a tweet, “I think Dr. Butler speaks for many conservatives around campus and across the United States. His words clearly describe what many have wanted to say for years.”

As for the Office of Institutional Equity, their investigation seems to be in full effect and action against Butler is now pending according to the professor’s email to the Fix. In the article, Butler addressed the office whose mission is to protect students from instances of discrimination, sexual misconduct and give accommodations for accessibility.

“Here at NMSU, students are actively encouraged by the ominously-named [OIE] to report instances of so-called biased, prejudicial, or discriminatory speech, so that action might be taken to silence the offenders,” Butler said. “It is nothing short of educational malpractice for a university to encourage students to run ideological litmus tests on their professors and fellow students.”

Butler said in the email that professors’ careers and reputations could be ruined because of “ideological malcontents,” and urged parents who read the Fix to think long and hard about “parting with their hard-earned money” for an institution which “indoctrinates” its students.

Justin Bannister, the Associate Vice President of Marketing and Communications for NMSU, issued an official response on behalf of the university.

“NMSU continues to investigate this matter. It would be inappropriate for the university to make any statements until those efforts are complete,” the statement read.