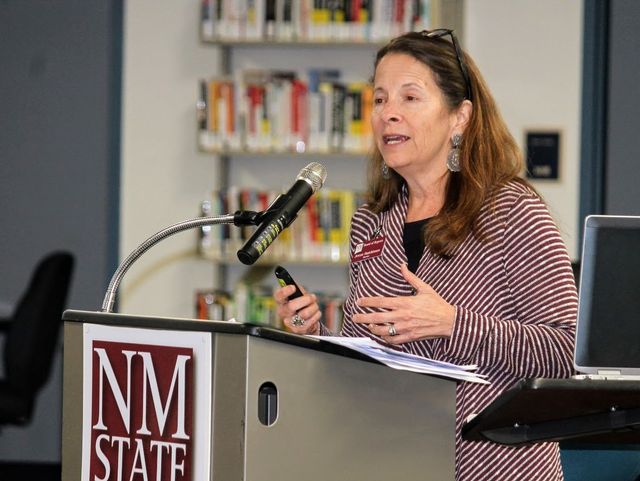 It has been an honor to serve as a regent for New Mexico State University for the past four years,” Hutchinson said in the letter. “However, due to personal and professional commitments, I respectfully submit my resignation as regent effective April 30, 2019. I was born and raised in Las Cruces, NM and have always had a deep passion for all things New Mexico, and most importantly, New Mexico State University. As a proud NMSU alum, donor and long-time business supporter of NMSU – I did not take lightly the enormous honor nor responsibility being placed on me in my role as Regent. It has been this awareness and my personal belief of what is possible for NMSU that I have attempted to change the conversation from “status quo is acceptable”, to setting high and measurable performance expectations for NMSU and ensuring our rightful place in the United State as a top tier Hispanic and minority serving land-grant university.”

Hutchinson has been an NMSU regent since March 2015 and has been a part of many important decisions made by the Board, most recently being the hiring of president John Floros and chancellor Dan Arvizu in 2018. On the board, Hutchinson serves as the co-chair of the Regents Student Success Committee and the chair of the Regents Audit and Risk Committee.

Being the owner and manager of the famous La Posta de Mesilla Restaurant, the NMSU alum has made her mark in the city and at the university. Hutchinson graduated from NMSU a Bachelor of Business Administration in Business Systems Analysis at NMSU.

“As Chair of the Board of Regents (BOR) Student Success Committee, we prioritized the “3G’s”: Graduate on Time; Get a Job; and Give Back, as a goal for all students,” Hutchinson continued in the letter. “We prioritized the six student success pillars (i.e., 1. Enrollment; 2. Retention; 3. Graduation Rates; 4. Placement; 5. Research and 6. Alumni Giving) with strategic KPI’s that put us in the top quartile of our peers, as an imperative for achieving student success outcomes, driving revenues, and building a high performing student-centric university. I am hopeful that these KPI’s will continue to drive our leadership efforts at all levels.”