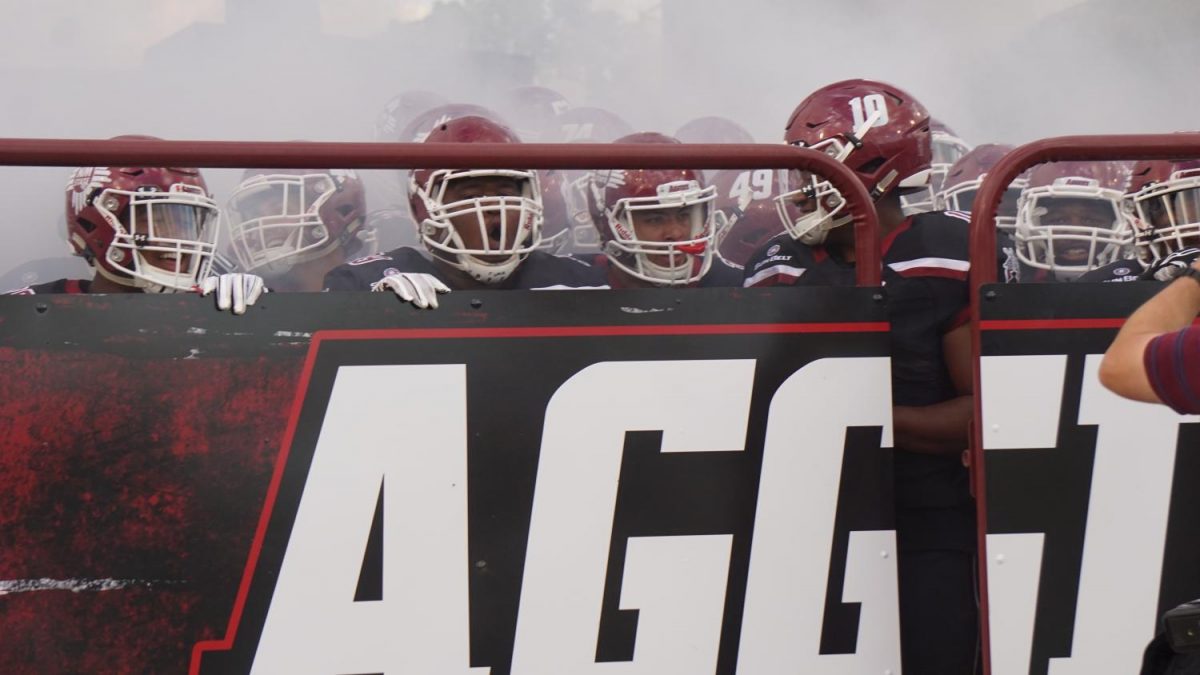 New Mexico State (0-2) entered Saturday’s contest in Tuscaloosa, Ala. as big underdogs and looked every bit the part come game time, falling 62-10 to No. 2 Alabama in what was largely an overwhelmingly lopsided matchup from the start.

The Crimson Tide showed exactly why they’re considered a virtual lock for the College Football Playoff right out of the gate, with Henry Ruggs III taking the Tea Tagovailoa swing pass 75 yards to the house on the game’s opening play from scrimmage.

Things would slow down in the first half — just barely, after Jaylen Waddle’s punt return for a touchdown was called back for an Alabama block in the back penalty following a New Mexico State three-and-out — with the Aggies forcing their first punt of the year midway through the first quarter, but the machine that is a Nick Saban coached team would keep churning.

Tagovailoa would hook up with Jerry Jeudy twice and Ruggs III one time through the air before capping off a near flawless half with a 25-yard rushing touchdown, giving the Tide a 38-0 advantage entering the break.

The likely top-pick of the 2020 NFL Draft would only last one drive before being pulled in the second half, but Alabama would continue to pile on, amassing 600 total yards of offense compared to just 262 for NM State on their way to a dominant victory.

The Aggies did show a glimmer of hope in their seven play, 75 yard drive early in the third quarter highlighted by a 44-yard catch and run by Tony Nicholson and capped off by a Jason Huntley touchdown reception — which was the first touchdown allowed by the Crimson Tide on the season — but beyond that, it was largely an anemic effort from a team whose identity is as pass happy as NM State’s is.

Doug Martin’s offense did manage to move the ball on the ground as the final approached, with Josh Foley finishing as the team’s leading rusher at 51 yards on just seven carries in the fourth quarter. Some of that can be attributed to the nature of garbage time play, but against a perfectionist like Saban and the talent that Alabama can field in any group, that should be an encouraging sign.

NM State’s schedule falls back to earth after two-straight road games against Top-25 teams, but the Aggies will still have a tough matchup next weekend in their home opener when San Diego State comes to town.