NMSU Round Up • December 4, 2019 • https://nmsuroundup.com/14794/sports/new-mexico-state-in-good-shape-after-handing-miners-first-loss-of-the-season/ 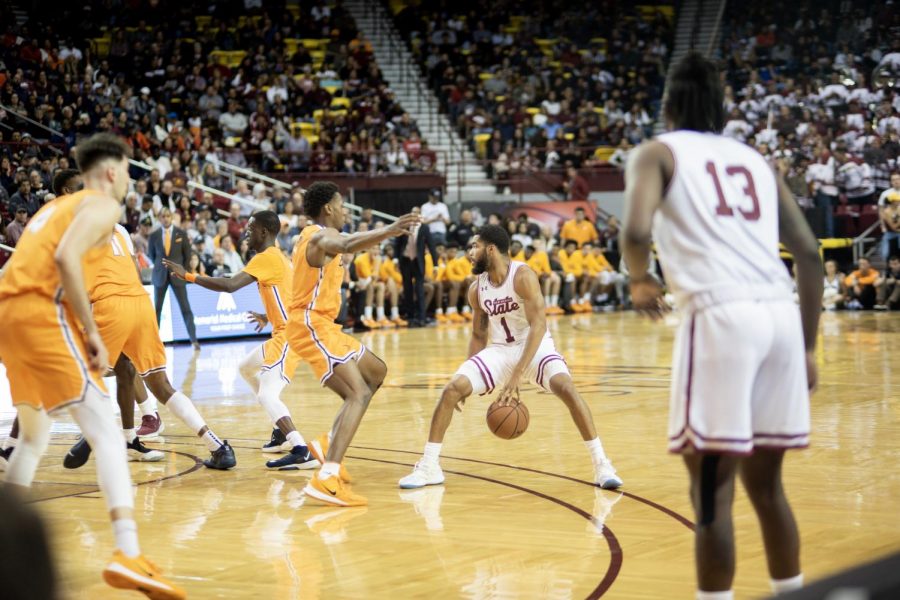 The Aggies hold off a persistent UTEP comeback effort to improve to 5-4 on the season.

The New Mexico State men’s basketball team righted the ship against a previously undefeated UTEP, grinding out an ugly win in crunch time to prove that this team still has what it takes to be the premiere team in the WAC come February and March.

In a game that saw neither team make a field goal for the last five-plus minutes of the game, the Aggies eked out a 59-56 win, enacting revenge for their 65-50 loss at the Don Haskins Center just three weeks prior.

Both teams shot a porous 39% from the field and 26% from three point range, but a lot of that can be attributed to the suffocating defense on display, with Tuesday night serving as much more than a one-off game in the schedule for both sides.

Rivalry games inherently carry more weight, and a gritty win to give your geographically closest opponent their first loss of the season is exactly the kind of momentum boost NM State needed after getting the wind knocked out of their sails following the early season losses to UTEP and UNM.

The Aggies maintained a tie or better from the five minute point in the first half on, but never led by more than seven points, with the Miners hanging around and cutting it to a one-point game in the final minute of action. Two C.J. Bobbitt free throws would put NM State up by three with 12 seconds remaining, giving the home squad the insurance they needed to force UTEP into a bad three point try as time expired.

Bobbitt led the Aggies with 14 points with Johnny McCants adding 13 and seven rebounds and Jabari Rice cracking the double digit scoring mark for the sixth time this season. UTEP’s Bryson Williams erupted for 27 points on just 13 shots, but the rest of the team only managed to go just nine of 33 from the field.

NM State continues their recent dominance in the Battle of I-10, bringing home their 12th win in the last 14 matchups, and reclaims a winning record on the year — something that the Aggies will hope to hang on to and build on when they travel to Spokane to face a familiar Power Five foe in Washington State, whom the Aggies defeated twice last season.