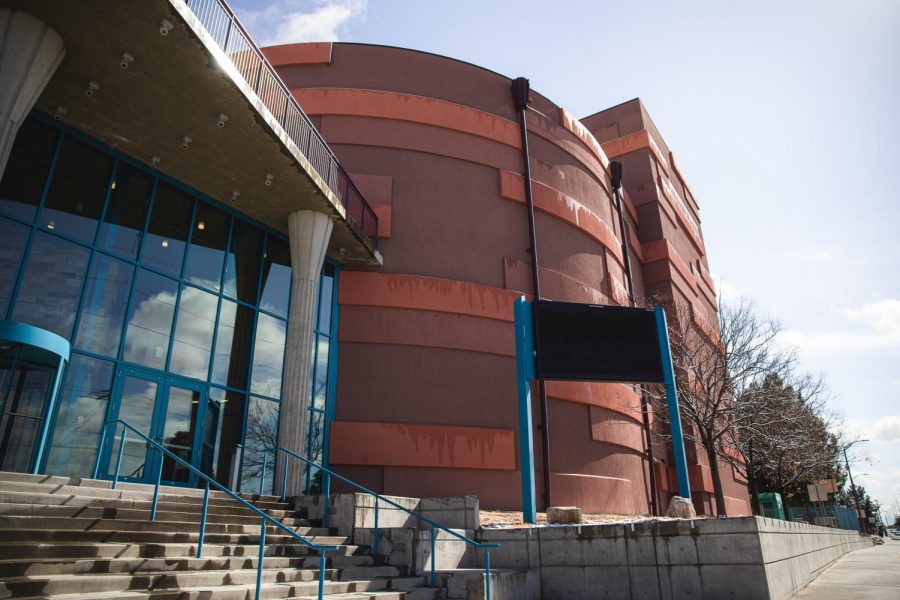 The NMSU Theatre Arts Department will perform "Broadway on Stage 2020" with community members on Feb. 22.

New Mexico State University’s Theatre Arts Department and the American Southwest Theatre Company have teamed up with members of the Las Cruces community to produce “Broadway On Stage 2020,” a review of Broadway musical numbers on Feb. 22.

Numbers that will be performed during the production come from musicals including “Grease,” “Waitress,” “Into The Woods” and “The Prom,” as well as sneak-peeks of NMSU Theatre’s upcoming productions “The 25th Annual Putnam County Spelling Bee,” Shakespeare’s “The Tempest,” and “Dog Sees God.”

NMSU Theatre and ASTC have joined forces with Centennial High School’s theatre program, as well as choir group Singing Out and other community members. Theatre Arts Department Head Wil Kilroy estimates anywhere between 50 and 70 people will be involved in the production.

“It’s really a chance to invite the whole community together to share their talents and it’s a fundraiser for our students,” Kilroy said.

The money that is raised will go toward helping students travel for auditions and to help enhance future productions.

“All of the proceeds go to support student travel scholarships so they can go audition for graduate school, or to go to a conference, or it might support getting another musician or so for a musical we’re doing, so it’ll increase [the students] experience in a production,” Kilroy said.

Hermanson, who will have a number performed from a musical she wrote herself called “The Golden Door” in “Broadway on Stage,” said watching live theatre is “indescribable.”

“One of the great things that’s unique about theatre [is] because it’s a live performance art, you can have all these words on a page, or notes on a page, but then there’s something indescribable about when you translate it to a physical production with hearing the music seeing the lights and the costumes,” Hermanson said.

According to Kilroy, watching performers of all ages working with one another is “a fun part” of this production.

“I know there are people in [Singing Out] that are probably 80 or so, so for them to be here with little kids, and high school[ers], and to me that just breaks all those age barriers because now they’re all going to be backstage together and they’re all putting on a show together, so that’s exciting,” Kilroy said.

“Broadway On Stage” will be a one night only event, and will be featured at the ASNMSU Center For The Arts on Feb. 22 at 7:30 p.m. Tickets can be purchased in advance by calling 575-646-1420. Balcony tickets are $20, floor and mezzanine tickets are $25. Left over tickets will be sold at the door. The ASNMSU Center For The Arts is located on the corner of University Avenue and Espina Street. Call-ins for sponsorships can be made at 575-646-5122.