NMSU Round Up • March 17, 2020 • https://nmsuroundup.com/15371/coronavirusnmsu/asnmsu-senate-passes-resolution-to-have-virtual-meetings-the-remainder-of-semester/ 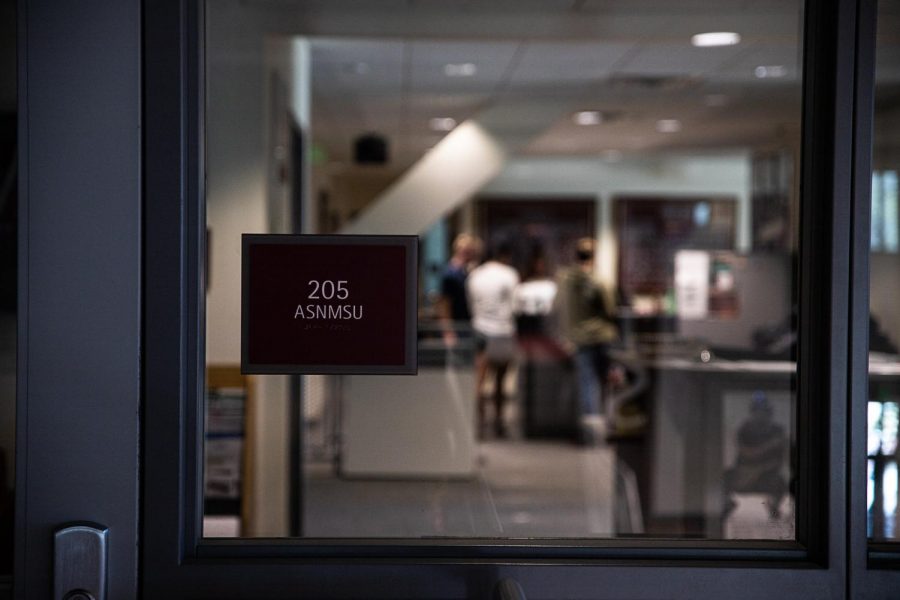 The novel Coronavirus Disease 2019, the most recent pandemic to affect New Mexico and the U.S., prompted the 63rd Senate of the Associated Students at New Mexico State University to hold an “emergency” meeting on Monday, March 16.

Three resolutions were passed that determine how the ASNMSU Senate will move forward for the remainder of the semester considering public health orders that have suggested eliminating large gatherings of people to stop the spread of COVID-19.

On Friday, March 13, NMSU Chancellor Dan Arvizu declared that the university’s spring break would start earlier than expected on March 16, therefore cancelling all online and in-person courses throughout the entire NMSU system.

NMSU Provost Carol Parker released a statement shortly after the conclusion of the emergency meeting of March 16 that said faculty will be using this current spring break to transition face-to-face courses to online courses for the remainder of the semester.

Other universities around the nation have also cancelled classes for several weeks to stop the spread of the virus and to allow faculty to transition to online classes as well.

The following resolutions were all introduced by College of Business Senator Josiah Armstrong and Senate Pro-Tempore Jonathon Ortiz.

Resolution 35, Concerning Virtual Rules of Order for the ASNMSU Senate

This legislation grants the 63rd Senate to hold all remaining 2019–2020 meetings through virtual means rather than in the Senate Gallery of Corbett Center Student Union.

The Senate will begin using Microsoft Teams, an application that is accessible to all in the NMSU system through their Office 365 account, for their next meeting on April 9.

The resolution outlines special rules for virtual meeting such as muting one’s microphone when not speaking, typing “x” to be added to the speaker’s list, typing “p” to represent a privileged motion and typing “2” to represent seconding a motion.

These virtual meetings are designed to remain open to the public, as the resolution lists that those wanting access as a guest to these meetings should contact the vice president and that the meetings are to be recorded and posted online for all to access.

Using Microsoft Teams, Senator Armstrong said, is a way that will allow NMSU students to attend senate meetings from whichever location is convenient for them during this time where COVID-19 precautions have forced some to self-isolate or move temporarily.

“Because there is the possibility of students leaving the Las Cruces area if they so choose, we want to make sure we are flexible with our senators where they decide that they need to be,” Armstrong said.

Armstrong also commented on how the Senate will accommodate to changing restrictions related to small gatherings during the COVID-19 pandemic.

“This is to make sure that we have a plan of action in case we need to. Preference is always in-person but seeing as though it’s already been restricted from to 10 from about 50 earlier in late last week, and today, we are unsure about the future,” Armstrong said.

This resolution gives temporary authorization from the 63rd Senate to the ASNMSU comptroller and fiscal advisor to reimburse any travel or publication bill that is in second readings. These bills must have been given a do-pass or conditional due-pass, met all conditions by standing committees and must gain unanimous approval from the ASNMSU president, vice president and senate pro-tempore.

Senator Armstrong said that its purpose to ensure that students who have requested an appropriation will receive one while NMSU makes transitions in relation to stopping the spread of COVID-19.

“This is to make sure that any bill, any student that has asked for appropriations, we are still able to give them that appropriation in as a timely of a manner as possible with us quite not knowing what the rest of the Senate is going to look like,” Armstrong said.

Resolution 37, Concerning the Omission of the Scheduled Senate Meeting on March 19, 2020

The focus on this bill was whether the ASNMSU Senate would approve continuing with their scheduled meeting for March 19 under the circumstances of using Microsoft Teams and while the university is a under a spring break on that date.

The resolution’s approval was not achieved without some debate and a roll-call vote was requested for its approval. Two-thirds of senate approval was needed, and out of the senators present at the meeting, 17 voted “yes” and 5 voted “no.”

Senators Emily Beker and Salma Lopez of the College of Education both vocalized that they still wanted to meet this Thursday, March 19 because the senate could practice using Microsoft Teams sooner than later and Beker said that the duties of a senator should still be in place this week.

Other senators such as Connor Stringham, Adam Hopper and Hunter Graham were vocal about their approval for the resolution for reasons such as giving senators and other students time to “get situated” during this spring break.

Senator Hopper commented as to why he was approving of the resolution.

“We’re working with what we’re given — this is a different time, yes. But, you know, I feel like it’s okay if we take this week to just take time and figure this out and really see what’s feasible. If senators are going to travel home, give them the week to travel home and let everybody get settled,” Hopper said.

The next ASNMSU Senate meeting is scheduled for April 9. ASNMSU has yet to make any comments as to whether events related to spring elections and campaigning are going to remain in place, postponed or accommodated to limit group size.