NMSU Round Up • June 1, 2020 • https://nmsuroundup.com/15839/news/nmsu-leaders-speak-out-for-george-floyd-black-lives-matter-movements/ 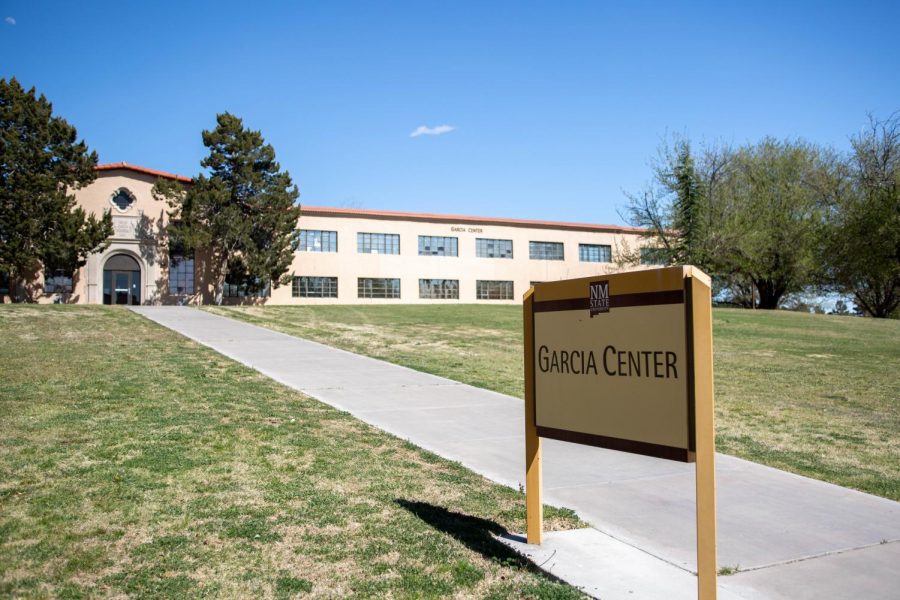 Leaders at New Mexico State University voiced calls for solidarity, unity and change as movements to protest police brutality and racism ripple across communities in the US.

Over the weekend in Las Cruces and across the nation, members of the community joined together for Black Lives Matter protests and justice for George Floyd, a 46-year-old black man who died May 25 while pinned down by a Minneapolis Police officer.

NMSU President John Floros addressed the uncertain times the Aggie community faces as it begins to resurface after months of quarantining due to COVID-19.

“We are living through difficult times. Not only due to the COVID-19 and the financial crises, but also because the events of this past week have re-kindled long-standing tensions over racism, inequality, and social justice,” Floros wrote. “People all around our nation and the world are protesting in the streets to express their anger, disappointment, fear, and frustration.”

Protesters were seen on the corner of Main Street and Picacho Avenue Saturday with a peaceful demonstration. In his letter addressed to faculty and students, Floros said no one should feel helpless in these situations and inclusive actions aren’t limited to those made in public.

“We can all make a difference, each one of us, in our NMSU community by looking at and seeing each other as individuals, as equals, as human beings,” Floros said. “We can all look for what brings us together and embrace our differences.”

NMSU Gender and Sexuality Studies also shared a statement in regards to the current state of our nation. In it, they shared sentiments for Floyd and others lost at the hands of violence and injustice.

“Gender & Sexuality Studies and the Interdisciplinary Studies Department at NMSU grieve the loss of George Floyd, Breonna Taylor, and so many other whose lives have been taken from them, their families, and communities by state sanctioned murder and violence,” the statement read. “We also mourn the loss of Ahmaud Arbery and so many others whose lives have been taken from them by the agents provocateurs of white supremacy.”

In the statement, the department said they stand with all the voices seeking justice.

“Gender & Sexuality Studies and the Interdisciplinary Studies Department affirm that Black Lives Matter. Black death matters, be it at the hands of police violence or the multitude of inequities forced upon Black communities since 1619 that now claims Black life under the name of COVID-19,” the department said.

Those affected harshly by the global COVID-19 pandemic, including the Navajo Nation and New Mexican indigenous peoples were also addressed with empathy in the statement.

Mathew Madrid, the newly-elected President of the Associated Students of NMSU also addressed students in a statement released Sunday evening on Twitter.

A letter from our President regarding the current situations about the death of George Floyd. All questions, comments or concerns can be emailed to [email protected] pic.twitter.com/OyCF8h3obP

Madrid shed light on the mission of student government to foster an inclusive environment on campus and condemned the issues that have brought unrest around the country.

“Racism and prejudice are not, and never will be, tolerated in our community,” Madrid said. “Perhaps during this time of extended and amplified unrest, it is even more important to underscore the importance of unity, and that overcoming adversity means committing our passions to a cause that supports every individual. Change begins at the smallest level of our society and relies on vision and direction to push for progress.”

Madrid ended his letter to Aggies by reassuring the community, “we hear you, we see you, and we support you.”