Lifestyle: A critique of Nolan’s Tenet 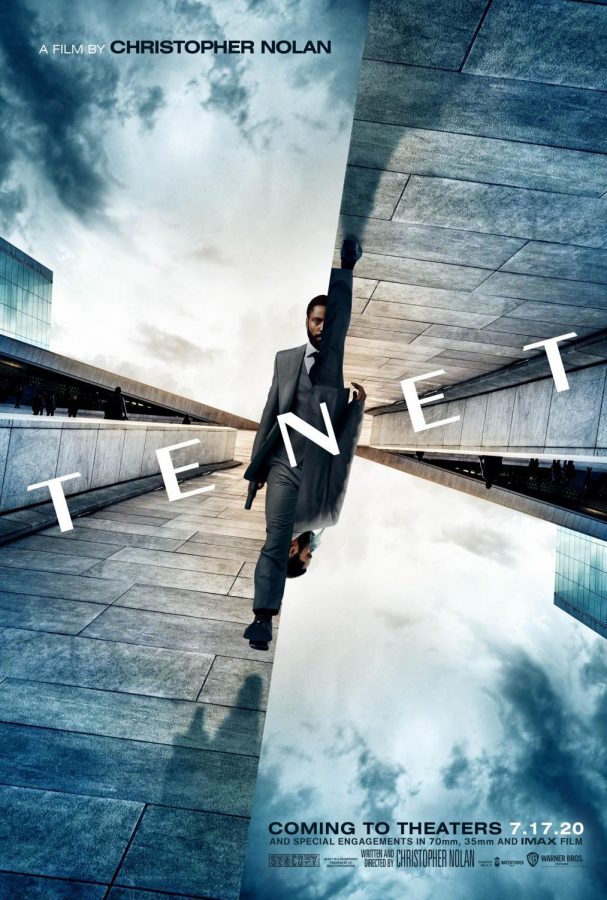 Director Christopher Nolan goes deeper down the rabbit whole than ever before, unfortunately he goes so deep that it all barely makes sense at all.

Nolan is known for his mind-bending narratives. In “Memento” he created a movie that goes backwards; in “Inception,” he took us through layers upon layers of a person’s dreams; Even “Interstellar” had the main character traveling to a different dimension. It goes without saying he has captivated audiences all over the world with his unique takes on storytelling.

“Tenet” not only feels like Nolan is trying to one-up himself in a competition he stands alone in, but also a self-aware wink to his past work. On the surface, the movie is a James Bond-type espionage thriller. Complete with beautiful and exotic locations around the world, showy heists, Russian antagonists and even the well-known damsel in distress trope; so old-fashioned that a director such as Nolan should be well aware of by now. That’s not even the worst of its problems.

From the moment the first bullets go off, you know the sound is turned up the max, as well as the music score. Each action scene feels relentless with its punches, gunshots and explosions. Something that aided Nolan’s last movie, “Dunkirk,” a WWII epic with very little plot, totally sabotages a movie as dense and complex as “Tenet.”

John David Washington, who plays a man simply referred to as The Protagonist (no, really) does a really great job of taking command of the movie. Him and companion Neil, played by a charismatic Robert Pattinson, lead the movie with confidence, and they truly look like they understand everything. The Protagonist and Neil are secret agents dealing with the threat of a World War III–level catastrophe, only that they aren’t dealing with nuclear weapons, but with an algorithm that can invert objects and people so they travel backwards through time. If you didn’t understand that don’t expect the movie to answer all your questions.

The problem seems to be that Nolan wrote a plot so convoluted that it feels like it truly doesn’t tie all of its loose ends. He further prevents the audience to understand the movie by burying it in the loudest possible scenarios and with characters that prominently wear oxygen masks or have thick accents. So, by the end, you might feel like you’ve seen a masterful action thriller as smart as “Inception;” only because you couldn’t understand 50% of what was going on.

Apart from the time-inverting plot, “Tenet” does have enjoyable aspects. Nolan, being the experienced director that he is, crafts set piece after set piece of impressive size and beauty. In true blockbuster fashion, he does not disappoint with the intense car chases, vault heists, and an epic sized final battle that would satisfy any action movie lover.

By the end, you might just have an idea of what just happened, and if you can get behind the barely comprehensible dialogue and unexplained loose ends, you can probably enjoy it as a masterfully shot and directed action thriller. The thing is, Nolan has done better, and he can do better, if he could only stop competing with himself to see if he can release the most confusing movie of all time.