Letter to the Editor: A Call for Change 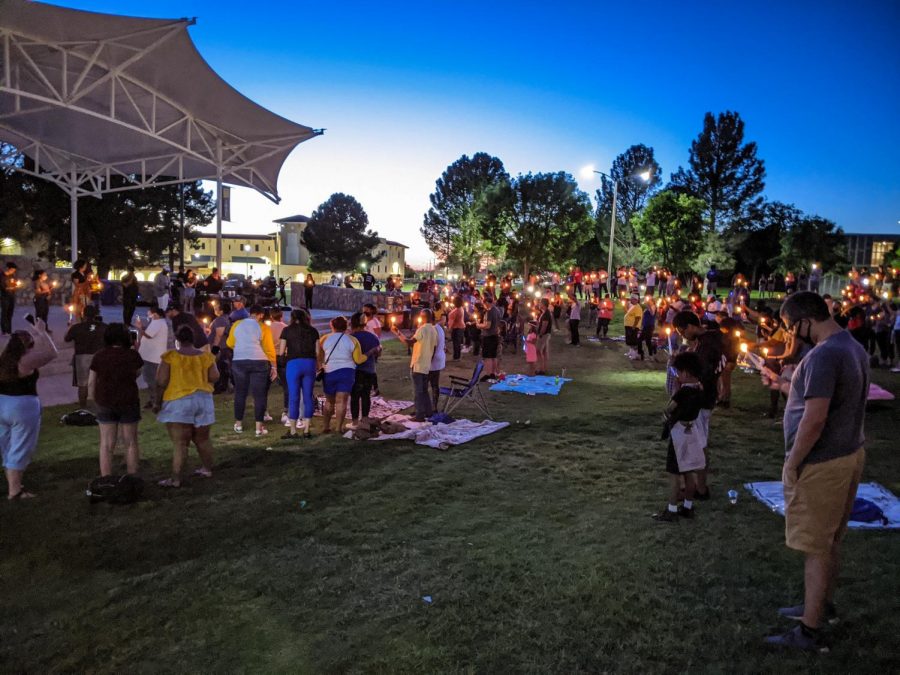 Trayvon Martin, George Floyd, Breonna Taylor, Atatiana Jefferson, Stephon Clark, Alton Sterling, Michael Brown, Tamir Rice, and the list goes on. These are just a few of the many innocent Black Americans killed by police. Police brutality is not the only racially motivated violence against Black people, but it is one of the main issues faced today. Black Lives Matter (BLM) is a social movement advocating for non-violent civil disobedience by way of protest to end violence against Black Americans and allow for them to have their basic human rights. In response to the shooting death of Trayvon Martin on February 26, 2012 in Sanford, Florida, BLM was organized. Trayvon was a 17-year-old African American boy shot and killed by George Zimmerman, a volunteer neighborhood watchman in a gated community that Martin had visited several times before to see his relatives. Zimmerman claimed Trayvon seemed suspicious while walking home from a local gas station and chose to follow him against the recommendations of the 911 dispatcher. Zimmerman claimed Trayvon threatened and attacked him prompting him to act in self-defense by shooting Trayvon in the chest. Trayvon was unarmed except for a can of iced tea and a bag of candy. The death of Trayvon Martin galvanized the American public and several demonstrations across the country from protests to walkouts to public comments made by a few high-profile Americans expressing their sympathy and outrage including Jesse Jackson and Barack Obama. Although, this country had seen demonstrations relating to the death of unarmed Black people at the hands of authority including Eric Garner and Rodney King, the death of Martin was particularly significant given his age. It was here, at the height of public outcry and outrage to end violence against Black people that the Black lives matter movement was born.

Black Lives Matter is a cry to end white supremacy, racially targeted violence, and to dismantle the systems of institutionalized racism that is meant to keep Black people and other minorities oppressed. Black lives are being stolen and there is nothing being done about it. Every day, Black Americans live in fear that they may not live to see another day. I am one of those Black Americans living in constant fear. Every single day, when I leave my home, I am looked at as a threat that needs to be eliminated, and often times, by the very institution put in place to protect my life. Now, as we have seen with Breonna Taylor, Atatiana Jefferson, and Jean Botham, I am not even safe in my own home.

Like every person on the list above, I too am an African American who has been racially profiled. Not only am I just an African American, but I am also a gay woman. There is not a single day that goes by when I am not a target or discriminated against because of one of my identities. One day I am being stereotyped and considered as a threat because of the color of my skin and the next, my intelligence and work ethic are being insulted because of my gender, or my mental state being questioned because of my sexuality. As a triple minority, every day I am faced with these different stereotypes, which presents its own struggles. These struggles make accepting oneself very difficult, especially finding people that accept you for everything you are. It is tiring and at times overwhelming. At times it is tough not to feel pressured to change who you are just to fit in. However, of the three things that make me a minority, there is one identity I cannot fake and that is the color of my skin. This is the identity that people see when they meet me, and furthermore, it is the one I am predominantly judged on. No one should be subjected to judgement and hate because of something as trivial as their shade of melanin. No matter what or who a person is, they should never be subjected to questioning their importance or worth because of their race.

On behalf of many, if not all Black Americans across the world, this is not only sickening, but it is extremely exhaustive and there needs to be a change. The weight of this change should not be a burden that the oppressed have to bear. We must take a stand with our communities to end this suffering and fear that exists amongst Black Americans. There should never be a time in a nation’s history when a group of its citizens do not feel like their lives matter. This burden is one that we as a society must all bear and treat it as if it were our own, because otherwise, we let the oppressors win. As a human race we must unite and empower and support our African American brethren, but not because their lives matter more, but rather because their lives matter as much as every other human being in this world.