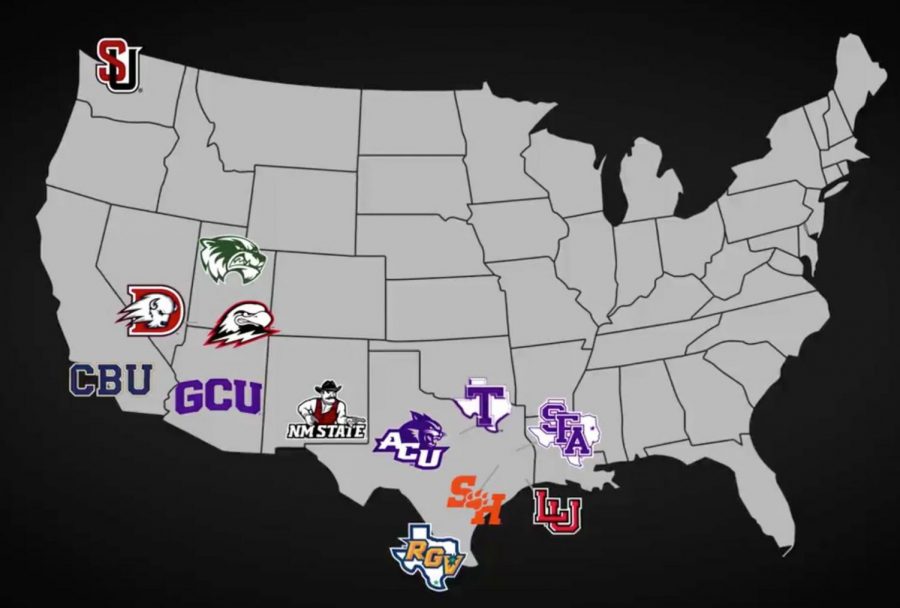 The Western Athletic Conference announced that five teams will be joining the conference effective July of 2022 as well as the its intention to reinstate college football in the WAC the same year.

Chicago State also announced its plans to leave the WAC starting in 2022, meaning the conference will be made up of 13 universities with a significant southwest presence. CSU cited increased travel and geographical impracticality as, admittedly sensible, reasons for the voluntary move, but did note that they were looking to stay in Division-I athletics.

The WAC’s southwest boom will prompt the conference into a two-division split, with the six Texas-based teams making up their own and the rest, including New Mexico State, being grouped together.

The expansion brings a level of stability to the WAC, solidifies its geographic presence going into the future and strengthens the conference’s brand, especially from a basketball perspective, according to WAC Commissioner Jeff Hurd.

“I cannot overstate my level of excitement in making this expansion announcement,” Hurd said. “The first thing it does — it really enhances the WAC brand… The WAC basketball brand, and the WAC brand in every sport that we sponsor. We will now have 20 championship sports.

“The addition of these five institutions stretches our geography a little bit throughout the state of Texas, and further west adding another school in Utah, so we have basically a southwest and western United States footprint [now].”

The addition of the five programs was only part of the conference’s big news reveal Thursday morning, with the reinstatement of football at the FCS level with the hope to move back up to the FBS in the coming years.

The WAC was a mainstay in college football for 51 years before dropping the sport in 2012 — a move that forced NM State into independency after eight seasons with the conference. The Aggies joined the Sun Belt after one conference-less year, but were left without a conference affiliation again after the program’s Arizona Bowl victory in 2017.

The potential for the WAC’s ascent back into the FBS would provide NM State with its best opportunity to rejoin a conference since its latest Sun Belt departure, offering the convenience of keeping all sports in one conference and geographic feasibility in regards to travel.

That’s only speculation as of right now, though, and a ways away if it were to ever happen, but with the Aggies slated to begin their COVID-impacted football season in February — the lone FBS team to do so — alongside many FCS sides and with no current plan to join a conference imminent, that will be something to watch.

While much of recent news out of New Mexico State athletics and its conference has been COVID-centric postponements in the last month, today’s announcement brings cause for excitement for what looks to be a bright future in WAC Sports.