NMSU Round Up • January 20, 2021 • https://nmsuroundup.com/16994/sports/new-mexico-universities-allowed-to-practice-in-state-aggie-basketball-can-return-home/ 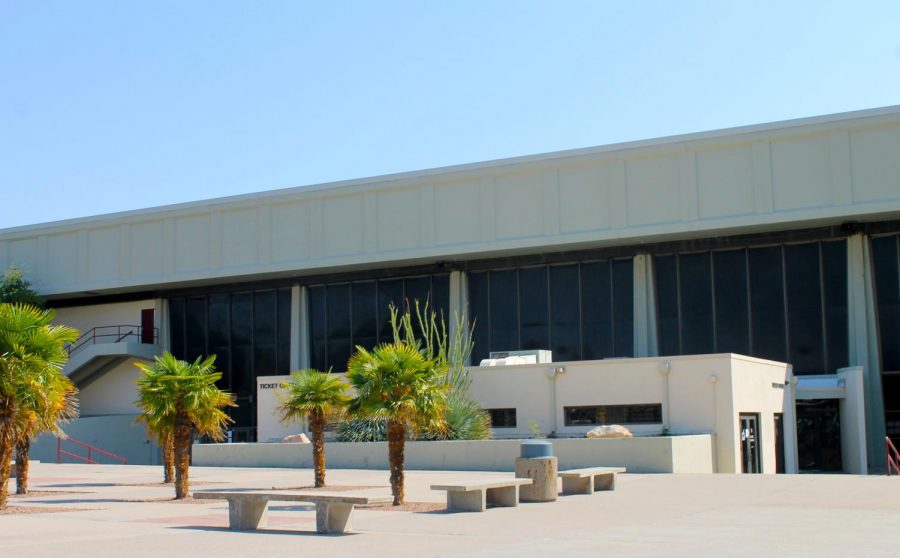 Games still won't be able to be played in New Mexico, but NM State sports will now be able to practice without being forced to relocate, allowing for the return of the men's and women's basketball prgrams.

After months of forced displacement in an attempt to preserve the opportunity for athletic competition during the pandemic, Governor Michelle Lujan Grisham announced Tuesday evening that all New Mexico State teams, as well as all other collegiate sports programs in New Mexico, would be able to return home to hold in-state practices.

While NM State is still unable to host games of any kind, the amendment to the state’s COVID-Safe Practices Guidelines for Intercollegiate Sports — which previously prevented gatherings of groups over five at the collegiate level — is, according to NM State Director of Athletics Mario Moccia, a more than welcome change towards a return to the usual, and an encouraging sign for the potential return to New Mexico in the future.

“I want to thank the governor and all the individuals in the state government who made this happen,” Moccia said. “I’m very thankful that our coaches and students athletes will be able to get back to some normalcy… and not have [more] big disruptions.”

This will be the first time NM State teams are able to practice in full since the Spring of 2020, when the outbreak first began, and will allow spring sports that have yet to begin and sports like football that postponed its season to the spring time to take the field for the first time.

The biggest alteration that came out of the former guidelines was the forced relocation of the men’s and women’s basketball programs, who will now be able to return home from the Arizona Grand Resort in Phoenix. The women’s team had just made the resort a semi-permeant home at the beginning of the month after weeks and weeks of bouncing around while the men’s team had been living and practicing there since Nov. 17.

Both teams had announced a pause in team activities over the weekend after Tier One positive tests within the program, making the first positive tests for the women and forcing the postponement of this weekend’s scheduled matchups against UTRGV. Since New Mexico has still not been deemed able to host any games, the Aggies will continue to have to play “home” games outside of the Pan American Center, and other sports programs will still have to determine where their home games will take place, but there is undeniably more optimism now than there has been since that dark day in March of 2020.

“I think they were really under the mindset of ‘hey, I don’t think this is really going to happen,’ and I’d say maybe they were a little — I don’t want to say stunned… Pleasantly surprised might be good,” Moccia said of the reaction within the programs from the coaches when he informed them of the news of their being able to come home. “They were all very excited that they’d be able to practice.”

New Mexico State continue to make plans regarding how each team will be able to return in a competitive setting, but with Tuesday’s announcement, they’ll be able to do that with some security and the comfort of knowing that Las Cruces can be home once more.