Round Up Lifestyle: Invincible season one review 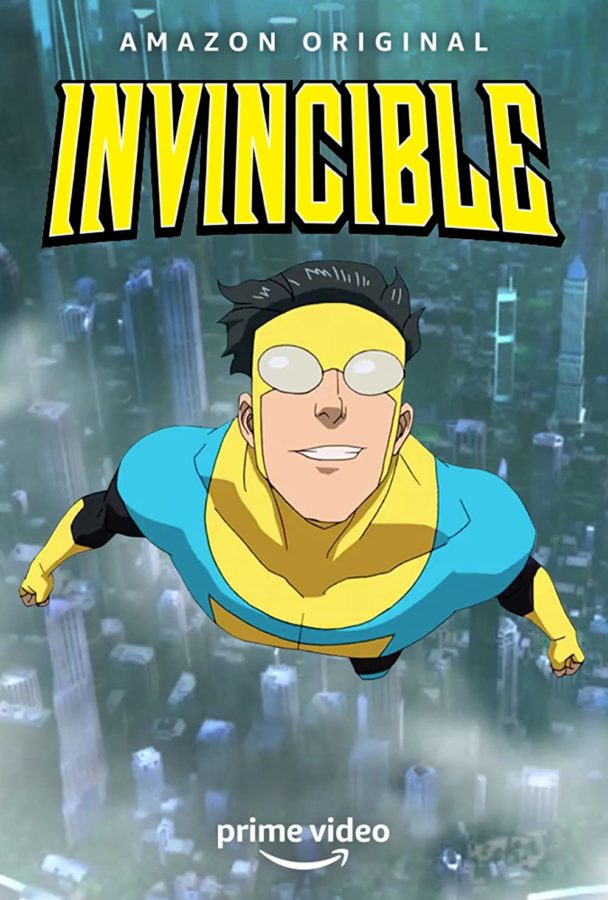 The superhero genre has become a huge draw in today’s entertainment industry. With every blockbuster superhero film being associated with either Marvel or DC. While both respective properties have presented their own influential pieces of film and television, room for independent superhero stories has been a rarity.

Invincible is an adult animated series that provides a complex and gripping narrative while subverting many common superhero story concepts with mature themes and insanely violent displays of action.

The show is an adaptation to the comic book series published by Image Comics written by Robert Kirkman, who is also known for co-creating The Walking Dead comic book series, and artists Ryan Ottley and Cory Walker. The entire first season is out on Amazon Prime Video.

The series revolves around Mark Grayson, voiced by Steven Yeun, a 17-year-old teenager going into the world of superheroes with his new developed powers of super strength and flight under the hero name Invincible. Mark trains under his father, Nolan Grayson/Omni-Man, voiced by J.K. Simmons, who is considered one of the strongest superheroes on earth.

Already mentioning Yeun and Simmons, there are other notable stars like Mark Hamill, Justin Roiland, Zazie Beetz and Seth Rogen providing voice work for prominent characters in the series, and it is top notch.

The most notable characters are the Grayson’s. Mark as a teenager faces the problems one gets at his age, dealing with issues of school, romance. As a hero, he faces more than just keeping a secret identity. Mark gets utterly battered emotionally and physically throughout the show as a means of showing what kind of world the series is in. The challenges he faces as a superhero conflict with his personal life in many ways, but he usually has his father with him.

Nolan serves as a perfect opposite to Mark as a character with his ideals. As Omni-Man, he is this Superman-esque entity and throughout the season, he faces his own emotional trials that clashes with his ideals and benevolence towards those he loves.

Nolan’s wife and Mark’s mother, Debbie Grayson, voiced by Sandra Oh, is able to provide the most humanity as opposed from the other family members. Her conflicts lie with events that happen in throughout the show that puts her between fear and support for her husband and son. Those emotions are excellently voiced by Oh whenever there are scenes of the family interacting.

The writing in this series is generally high grade. Invincible is a superhero story that turns all conventional themes in the genre on its head.

The first episode captures the intentions of the first season well with the animation style being akin to a bright colored Saturday morning cartoon. The story starts off as a pretty basic also with it being a copy and paste origin story. It’s only until a certain point in episode one that the show’s actual intentions and tone veers its bloody head.

There is an outrageous amount of gore in Invincible, and all in impressive detail. Which makes showing the scale of violence all the more disturbing and shocking when it happens. This is due to the series trying to capture a sense of reality when animating super powered battles.

Invincible does its best to ground itself to real world logic even with a majority of super humans being the main and side characters. From the common problems these characters have in their everyday lives to showing the repercussions in the scope of death as a result from the explosive fights that take place.

The writing in season one is truly gripping, but as an animated series, it flatters a bit due to what’s likely budget constraints. There are times when the quality of animation takes noticeable dips such as still frames whenever Mark is flying or the facial reactions from characters that don’t move. There are also instances in the show where moments look noticeably downgraded compared to other scenes in the same episode.

It feels like the budget was mostly spent on the cast. There could have also been issues of time management, thus resulting in why some scenes looked so rushed.

All those criticisms aside, as a first season, Invincible does incredibly well in leaving an impression. Seasons two and three were greenlit in April 2021, meaning there is a chance all these critiques can be fixed as the show finds it footing.

The show is special in how it serves to be more mature than any other major superhero media out now, but it doesn’t bog itself down to being overly edgy or undermine the world its created. The characters are written with complexities that can be further explored and challenged. Conflicts in the series has legitimate consequences that leave lasting effects in later episodes.

Invincible is a show that any fan of superheroes should experience. The series is great not because it’s just different, but how it handles being different.