NMSU Round Up • September 13, 2021 • https://nmsuroundup.com/18147/features/nmsu-assistant-professor-speaks-out-against-covid-19-guidelines/ 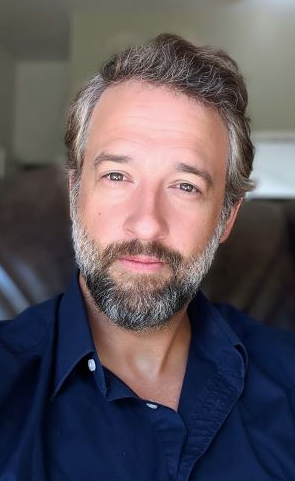 David Clements, a New Mexico State University assistant professor of Finance, recently acquired a reward to commemorate the quality of his instruction. Yet, despite the probability of suspension, Clements opened his first day of classes with the statement that he would not comply with the COVID-19 guidelines at the university and encouraged his students to do the same if they wanted to.

Afterward, Clements decided to post the video on the website, Rumble. Already, the video has acquired 173,744 views. Clements noted that “he records all his lectures, regardless.”

“I’ve had students that don’t show up sometimes, so I’ve made a habit this past year just to record everything, so there’s another two and a half hours of me teaching that day, but that was the relevant part of why I wasn’t going to wear a mask,” Clements said.

The reputable professor “did not take the video lightly.” However, after weighing his decision, he decided to post.

“We are putting tremendous pressure on students who want to get their degree, they want to get out of class, and they don’t feel like they’ve got a choice. But what they may not realize is they might make a health decision that they will regret for the rest of their life. And they should have the choice or there should be some more accommodations that are afforded that isn’t punitive,” Clements said.

When asked about students who have taken the vaccine and how he would approach them, Clements reiterated that he has “done research to where he does not feel comfortable taking” the vaccine.

“Some people might’ve been uncomfortable when I showed the video that probably took the vaccine, and my intention is to isn’t to make them uncomfortable, but when you look at the clinical trials and studies for those that have taken Pfizer, Moderna, and Johnson and Johnson, the efficacy of Pfizer and Moderna was zero,” Clements said.

Resources such as Mayo Clinic and the Centers for Disease Control have offered statistical evidence that address concerns the public may have about taking the three vaccines and the quality of their protection against COVID-19 and the Delta Variant.

In July, Mayo Clinic highlighted key takeaways from researchers around the world. Research in the United Kingdom stated that “after full vaccination, the Pfizer vaccine is 88% effective at preventing symptomatic COVID-19 virus caused by the delta variant.”

Do COVID-19 vaccines protect against the variants? – Mayo Clinic

Ensuring COVID-19 Vaccine Safety in the US | CDC

Clements, having reviewed the data from resources such as this, in addition to his own research, stated that he believes evidence is procured by companies “who support the pharmacies who created the vaccines, while reputable doctors outside the pharmacies are being silenced.”

“I’ve done my research. I’m one of those people that are research-driven, and I wasn’t posting videos like this a year ago because we did not have the data. So, I waited, and I looked at it. But what was most alarming is the VAERS data. The VAERS data showcases what injuries are occurring or deaths as a result of the three experimental vaccines,” Clements said.

With this in mind, Clements disagreed with the university policy and emails that they released to the students and faculty.

“When the university posts emails, it’s almost like propaganda to me. They don’t allow the opportunity to ask questions. I think that’s problematic because I think that violates the Hippocratic oath, which physicians have to take to make sure that they don’t harm the people that they treat,” Clements said. “Now I’m not a medical doctor but I’ve read the literature, and I’ve read the studies and there are obvious harms that are staggering.”

When asked about the difference between caution and fear within the current climate, Clements stated that he believes the United States is acting more out of the latter than the former.

“I think we are seeing more of a policy rooted in fear rather than science. The top epidemiologist out of Harvard has advocated for focused lockdowns where you look at those vulnerable populations- the elderly folks that would have a problem surviving if they were to receive COVID,” Clements said. “So, when you’ve got the top scientists in the world saying that we are doing this the wrong way or we are changing the way that we’ve done things historically, yet there’s no pushback, I find that’s a fear-based approach.”

Clements continued to exemplify Governor Michelle Lujan Grisham’s emergency authority over the state of New Mexico as a way in which people are acting out of fear amidst the virus.

“The other thing I’ve seen is that people will use a fear-based emergency as grounds to take power and not to give it back. So, in our state, the governor might have had legitimate grounds to rule by executive order for about thirty days but at some point, the legislature needs to get back involved. They have the same data that she does, and what we’ve found is she’s renewed emergency authority every month since we’ve started,” Clements said.

The professor of Finance also drew from his background in law to discuss the role of the legislature compared to the governor’s.

“What happens is you cut out the legislature, which is our representative body, and its one size fits all approach. So, you’ve got a governor issuing orders through the health department and what if the needs of Albuquerque are different than rural New Mexico? They are, but these executive orders don’t take that into account,” Clements said. “So, there’s a lack of representation from our senators and representatives to ensure they can speak for us in having that discussion because it’s the legislature that writes the laws.”

Though Clements is aware that many will disagree with him, he expressed his desire to witness the world and the university practice independent thought.

“The way that you sharpen the arguments is to let all narratives find their way and you let people have their freedom to make up their own mind. And, for me, they removed my own ability to make up my own mind when they told me you have to wear the mask,” Clements said.