NMSU Round Up • September 20, 2021 • https://nmsuroundup.com/18226/sports/unm-continues-new-mexico-state-soccers-losing-skid-in-third-straight/ 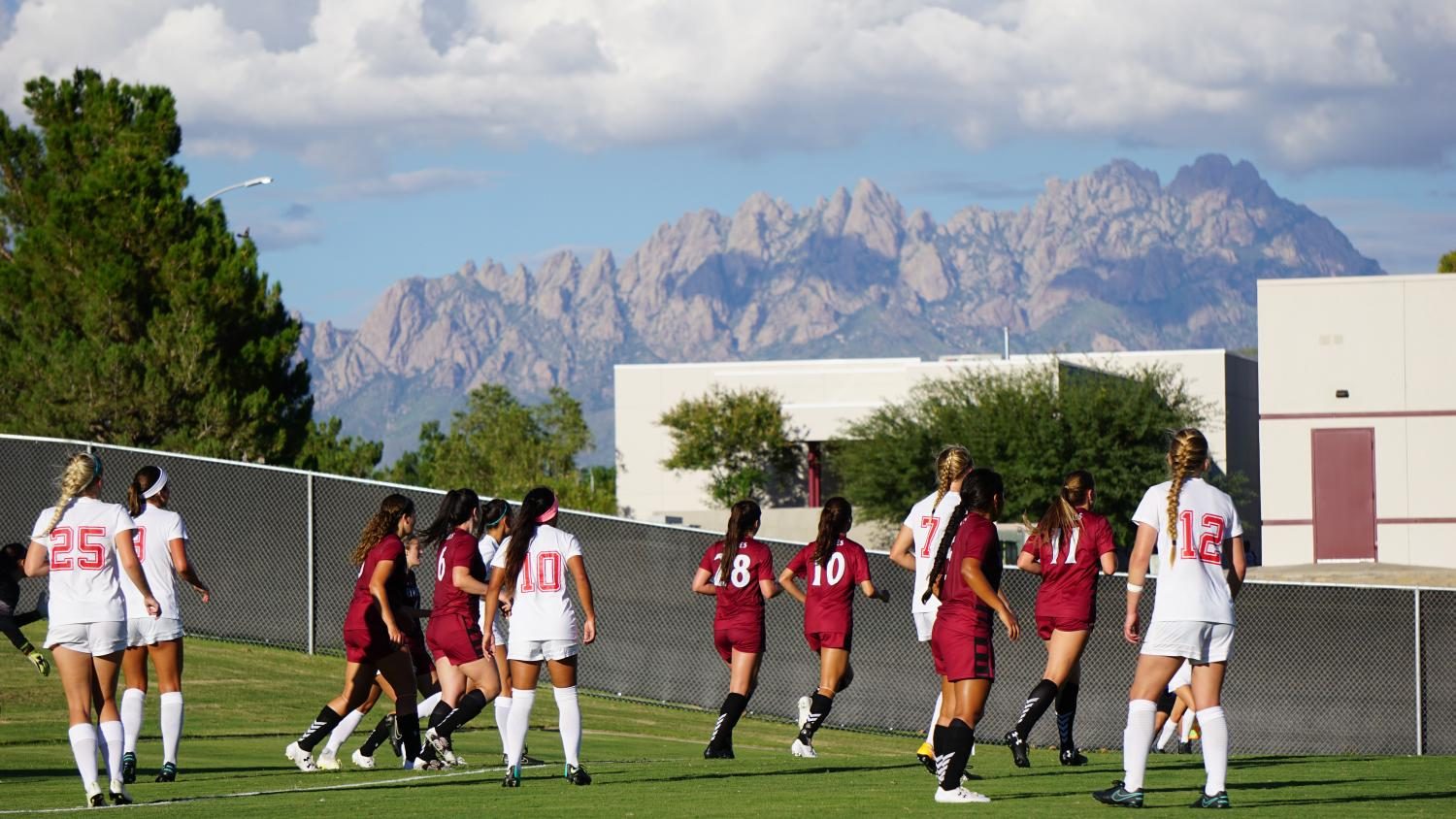 NMSU girls soccer defends the field against the UNM Lobos

New Mexico State Soccer struggled to find their niche against the University of New Mexico in a 3-1 defeat against the I-25 rivals at home.

With the Lobos taking advantage of some errors in the box early they were able to secure points on the board just 10 minutes in setting an aggressive tone. Xitlaly Hernandez got a chance to balance out the score a few minutes later with a gorgeous shot on goal with a strong save from the consistent UNM keeper Emily Johnson. Few opportunities came offensively as the game continued for this Aggie team.

The Rob Baarts team couldn’t get a clutch on the match offensively with UNM dominating NM State’s defensive third persisting throughout the match. A significant attempt from forward Corey Kizer in the 34’ proved just shy with her header barely over the crossbar. Molly Myers was able to take some more momentum from NM State hitting it in the bottom right with the assist by Jadyn Edwards solidifying the UNM lead 2-0 for the remainder of the half.

Defensive play from veterans like midfielder Xitlaly Hernandez and defender Khari Price was executed beautifully throughout the game. However, constant pressure and attacks from forwards like Jadyn Edwards proved too much to hold off as she hit a textbook case perfect rocket into the back of Aggie Makenna Gottschalk’s net with little she could have done to prevent the score. Gottschalk gave away the first goal in the previous half due to some miscommunications but throughout the second half stepped up her play with some impressive saves against the powerhouse offensive the Lobos brought.

Other than Megan Ormson finding the back of the net with an exciting header off a precise ball from Gia Valenti in the 76th minute, the match revealed some difficulties this Aggie soccer team faces offensively against highly competitive matchups like UNM. As a whole, this NM State team stands to benefit from matches like these because it forced some serious skillful footwork from both defenders and midfielders in the middle third attempting to make some action towards goal. The talent and ball control is there, but being able to finish on the offensive third proved seemingly difficult. The Aggies were outshot 12-10 with six shots on goals to the Lobos five leaving some growing in the area of on target shots and ball control against more unshakable defenses like these.

After getting a few rest days, the NM State team returned to the NM State Soccer Athletic Complex on Sunday, Sept. 19 to face the 8-1 Gonzaga resulting in a four game loss rut.