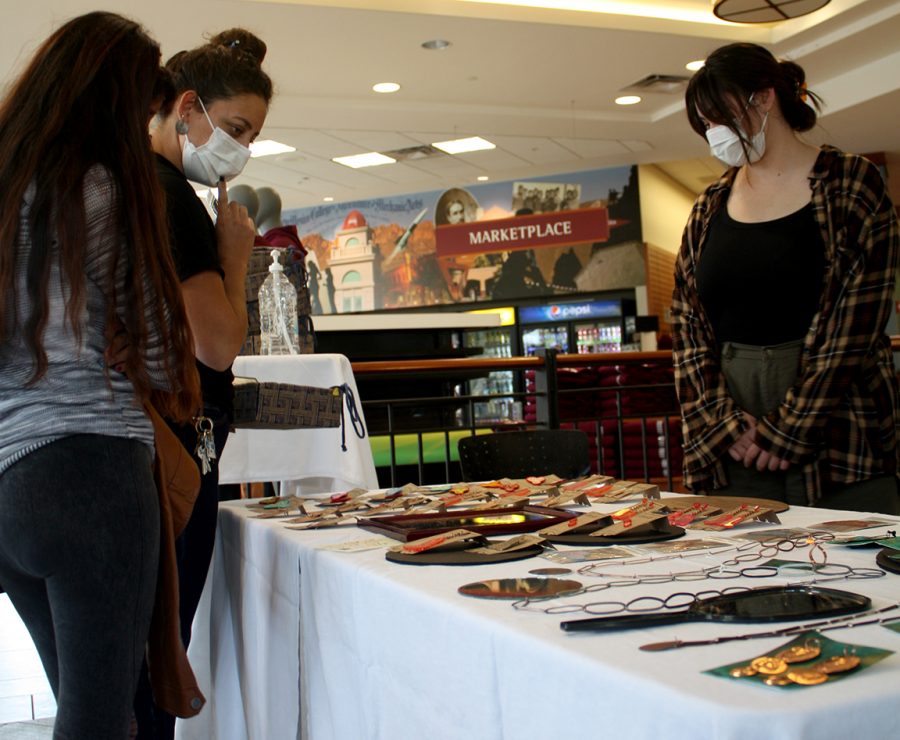 This year’s 12-hour sale consisted of handmade jewelry created by students in the NMSU Metals Club as well as alumni. Profits will be used to purchase new equipment, tools and fund student projects and activities in the NMSU Jewelry and Metalsmithing program.

Third year studio art student Isabel Solorza explained that students in the NMSU Metals Club have been working on their jewelry for the past several months.

“Seeing people come out here and support us, even if it’s just not buying anything but just walking around, it’s really fantastic to see that. So, this sale has allowed us to not only put ourselves out, but also gives us back some of that money,” Solorza shared.

Third year studio art student Tashie Nevarez shared that this is her first jewelry sale and has been preparing her artwork for a couple months.

“We have to have a concept or have our concept approved and then we start with the binding and everything, we start with our prototypes. So, it takes a while because what you see here was definitely not what we had in the beginning, so there’s a bunch of like working and reworking until you get it right,” Nevarez explained.

“It helps to create like the tone for like professional, when you’re becoming like a ‘professional professional’ and you’re out of school, so it kind of helps build up and know what people like and what people don’t,” Nevarez explained.

Solorza is specializing in metalsmithing and enjoys making jewelry, as well as multimedia and performance artwork. Solorza said that her jewelry is inspired by her life.

“It’s [specific pieces] the ones that are inspired by religious and gothic architecture because I myself, I’m very religious. So, I find that I incorporate a lot of that into my artwork because that’s what matters to me,” Solorza shared about her jewelry.

Nevarez explained that she primarily creates painted and digital artworks so transitioning to 3-D artwork was a little difficult.

Solorza explained that the money from this event will give students in the Jewelry and Metalsmithing program more freedom when creating new artwork because art supplies are expensive.

“Art supplies is very expensive and it’s amazing that with this event, the funds that we raise, we can use it to, I guess fund our passion so that we can continue doing what we love, and this is what we love doing, making our art, expressing it, sharing it with people,” Solorza said.