All gristle and no meat 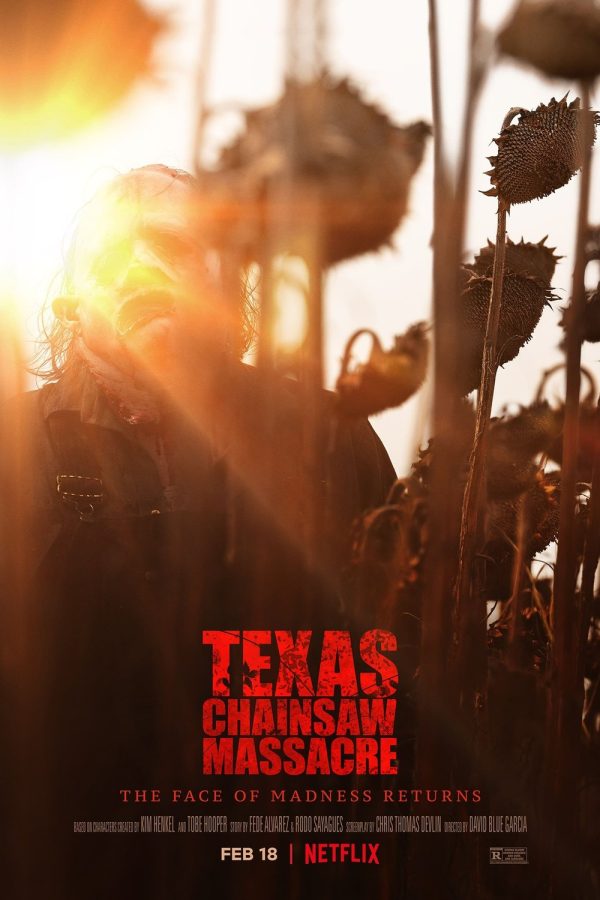 1974’s “The Texas Chainsaw Massacre” was such an influential outing from Director Tobe Hooper and for horror in film as it pushed limits and censorship standards. Since the first film, it has become a franchise that has failed to repeat that level of quality with every sequel that attempted to continue from the first, look into the past of Leatherface or reboot the story altogether missing the mark.

David Blue Garcia’s “Texas Chainsaw Massacre”, streaming on Netflix, is a ‘re-quel’, which is a term coined by 2022’s “Scream”. This means it’s a direct continuation that takes place 47 years after the original 1974 film while ignoring the eight other entries from the franchise. While the themes in this movie pay much more homage to Hooper’s slasher, it falls a bit flat with a poor attempt of including a ‘legacy’ character and an overall sloppy narrative.

Chris Thomas Devlin’s screenplay presents an interesting plot that adheres to Hooper’s slasher. The hippies of the 70’s is replaced with this generation’s social media influencers and there is an immediate cultural conflict between them and the locals of Harlow, Texas. It’s subtle but appreciated since Hooper’s film had a similar style when portraying and critiquing those cultures.

There is even the aspect of home invasion that has been repeated across the franchise that becomes the catalyst to why Leatherface (Mark Burnham) starts chainsaw hacking and it is used well.

The problem begins with how some of the prominent characters are written. The final girl, Lila (Elsie Fisher), and her inner conflict as a mass shooting survivor is shoehorned for the plot. Also, the theme of gun violence explored in the movie is unnecessary and ultimately amounts to nothing by the end.

With a title like “Texas Chainsaw Massacre”, the movie delivers on the gore and killings. Acts of butchering and mutilation are the biggest highlights of the film. The bus scene that was advertised in the trailer should be considered one of the most gruesome and notable scenes of modern horror with the investors/influencers serving as a representation of a herd of cattle due to their herd mentality.

The biggest issues though, lie in the legacy character of Sally Hardesty (Olwen Fouéré) and even Leatherface. Previously portrayed by the late and great Marilyn Burns, Hardesty’s character isn’t much of a presence in this film and quickly exits as she enters. Making her reason for being here seem just to lazily appeal to nostalgic fans.

Then there’s Leatherface. As a killer, he fills that role with flying colors, but the film misses what made him so distinct apart from his marquee tool of murder. There was a factor of mental insanity to the face wearing antagonist that made him standout against your Michael Myers or Jason Voorhees-type killers. In Garcia’s film, Leatherface is as simple as he gets, reducing him to just deep breathing and heavy footsteps.

Garcia’s “Texas Chainsaw Massacre” has a lot going for itself that sadly amounts to nothing by the end. The initial ideas that began in the movie are subtle yet tasteful critiques to current trends, but it delves too deep in social politics while having the imbalance of entertaining the viewer with bloody murder provided by a bland iteration of the franchise’s slasher. It’s been a constant question of whether Hooper’s grueling horror about a family of cannibals can be topped or succeeded correctly; seems like that has yet to be the case.