Road to the Oscars: Dune 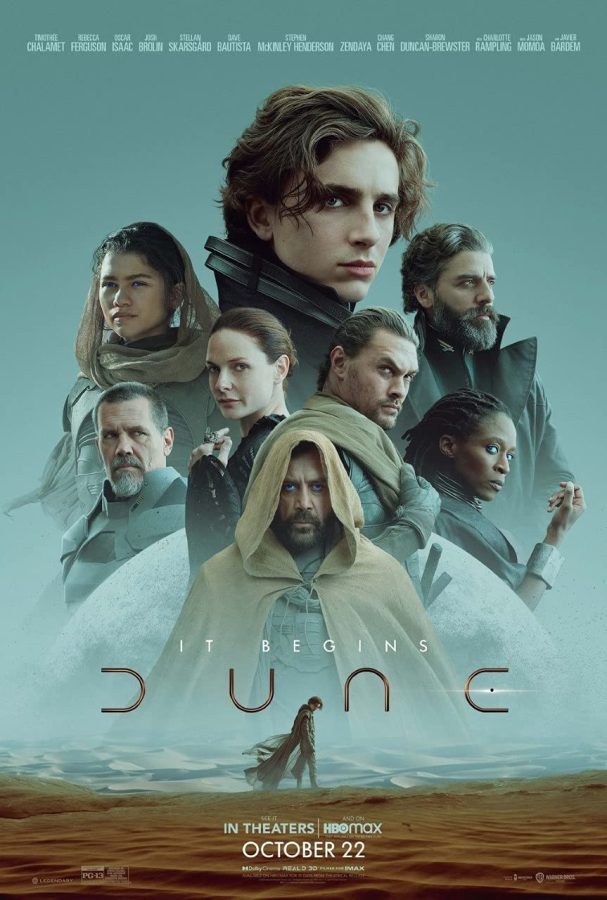 The 2022 Academy Awards are set to air on March 27. The Round Up will be releasing weekly reviews of the movies that are nominated for this year’s Best Picture category leading up to the event.
The anticipation for a new Dune film adaptation had been extremely high for a while. David Lynch’s 1984 movie was considered a failure, and Alejandro Jodorowski’s was so wild and ambitious that it was eventually scrapped, never even seeing the big screen. So, when Denis Villeneuve (Blade Runner 2049, Arrival) was pinned to direct a new adaptation, the film community started speculating about whether he would be able to create a faithful and good adaptation that would suffice even the most hardcore Dune fans.

Fast forward to 2022 and Dune (2021) is getting nominated for 10 Academy Awards, including best picture, achievement in cinematography and best adapted screenplay. Villanueve was snubbed for best director, but that’s another conversation entirely.

What many people don’t know is that making Dune itself was a huge financial risk for Warner Bros. They took that risk with Villanueve back in 2017 when his Blade Runner sequel was deemed a financial disaster at the box office. This time around, they made sure to get all the pretty celebrities on the poster so it could attract more people. It worked, apparently, because aside from the 10 nominations, Dune gathered a whopping $400 million, hence the studio confirming that Dune: Part Two will be made.

Villanueve did a great job with the world-building of this movie. We’re talking about a 400+ book that has extensive lore, including fictional languages, religions and many other sociocultural characteristics. Think Lord of the Rings but sci-fi. Jon Spaihts, Eric Roth and Villeneuve wrote an exceptional screenplay out of the first half of the book. It wasn’t too heavy on explanations, which made it confusing for people that weren’t at all familiar with the source material, but also made it all the more interesting to look at. There’s no need to go over every royal family in this space empire, there’s also no need to explain what the Bene Gesserit are because that alone would take a lot of screen time and it would erase the power that “not knowing” gives the audience.

Among many of the shining aspects that Dune, there are also some that feel pale in comparison. For one, I thought that Timothee Chalamet looks as charming as ever while dramatically gazing over the horizon of the endless desert, but his portrayal of Paul Atreides left many things to desire. Mainly, Chalamet hits the grieving notes perfectly, and I do think that his filmography so far has shown us that he’s indeed good at portraying sad, tormented characters. (I’ve lost track of how many times have we’ve seen Chalamet crying onscreen) Arteides is much more than that, and his character arc goes over many changes throughout the story, so he’ll have a chance to improve in the next film.

Dune is a technical masterpiece; everything from the almost practical-looking special effects to Hans Zimmer’s excellent score, this is high-quality cinema delight. When thinking about award recognition, I would be happier to see Dune sweeping the technical categories rather than snatching Best Picture, which is highly unlikely anyways given the genre of the film.