One of the most embarrassing ceremonies to date 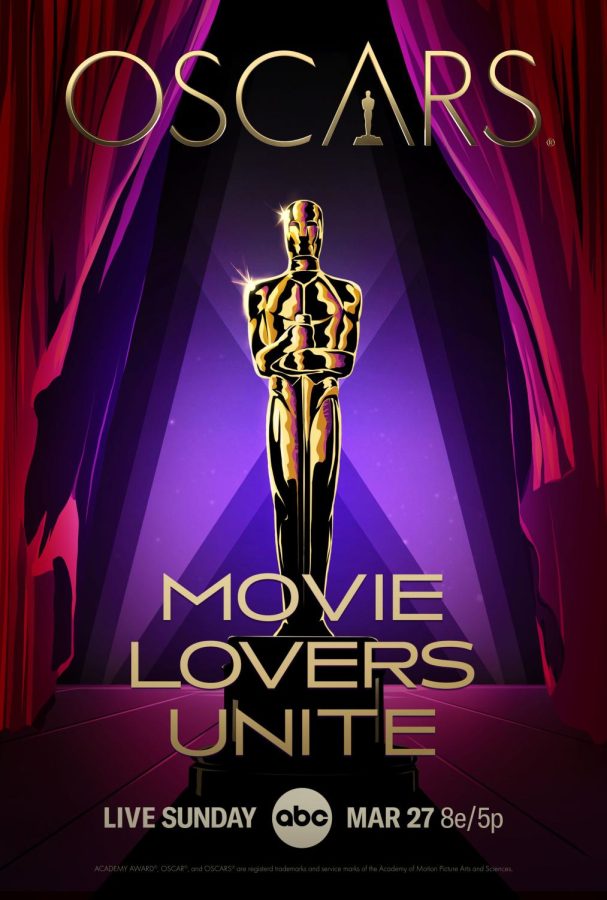 Poster of The Oscars 2022 which aired at the ABC channel on March 27.

The 94th Academy Awards, The Oscars 2022, took place on March 27 at the Dolby Theatre in Los Angeles, CA and was ceremony that… happened.

In the most honest sense, while the winners for this year’s awards ranged from intriguing to even amazing, a lot of things surrounding the show were the exact opposite. From unfunny jokes to a few moments throughout that were either dull or just ruined the ceremony, here is what went down at The Oscars.

The films that truly stood out at this year’s Oscars were CODA and Dune.

Director Denis Villeneuve’s sci-fi epic cleaned house at the Academy Awards with six wins in categories of film editing, cinematography, score, visual effects, production design and sound. This makes “Dune” the most awarded film of the night, winning more than half of the categories it were nominated for.

CODA was able to snag the Oscar for best picture. Director Sian Heder’s comedy-drama became the first film that was distributed through streaming and the first Sundance movie to win the award.

A major highlight of the night was Troy Kotsur’s acceptance speech in winning an Oscar for his supporting role in CODA, becoming the first deaf performer to win the award in that category.

“This is amazing to be here on this journey,” Kotsur signed. “I really want to thank all the wonderful deaf theater stages where I was able to develop my craft as an actor.”

Another great moment in the ceremony that happened was Ariana DeBose becoming the first openly queer woman of color to win an Oscar for her supporting role as Anita in Stephen Spielberg’s West Side Story. The Afro-Latina actor delivered an emotional speech, stating “dreams do come true,” and thanking her mother.

“For anyone who has ever questioned their identity, there is indeed a place for us,” DeBose said.

Yet moments like those were exceedingly rare with the rest of The Oscars just being a mess.

The 94th Academy Awards had moments that were either questionable or just embarrassing that ruined the entire atmosphere of the show.

This year we had three hosts, Regina Hall, Amy Schumer and Wanda Sykes. While the first time they came out to introduce the show being awkward in their delivery, they admittedly found a groove throughout the night.

But there was a skit early in the ceremony when Hall started calling out actors Bradley Cooper, Timothée Chalamet, Simu Liu and Tyler Perry to go backstage with her for a COVID-19 test with her “tongue”, to then fondle presenters Josh Brolin and Jason Momoa. That whole thing was just uncomfortable, and it was like there was complete tunnel vision; as if everyone involved in creating the skit missed the double standards in the joke.

Then there was the moment that ruined the entire night, when Will Smith slapped Chris Rock. Now it can be debated on who was in the right and who was in the wrong with either Rock delivering a distasteful jab at wife Jada Pinkett Smith’s alopecia or Smith acting childish in Hollywood’s biggest night, but the ceremony could not recover after it transpired.

The rest of the night was filled with a cringeworthy atmosphere as presenters like Sean “Diddy” Combs mentioning it as he introduces the Academy’s tribute to “The Godfather” in its 50th anniversary. Winners like Ahmir “Questlove” Thompson’s giving emotional speeches for his award in documentary feature with “Summer of Soul (…or When the Revolution Could Not Be Televised)” were sadly overshadowed as he was given the award immediately after the slap happened.

Smith even overshadowed his own tearful acceptance speech in winning best actor for his role in “King Richard”.

Overall, if you spent your time not watching this year’s Academy Awards, it was a well spent time.