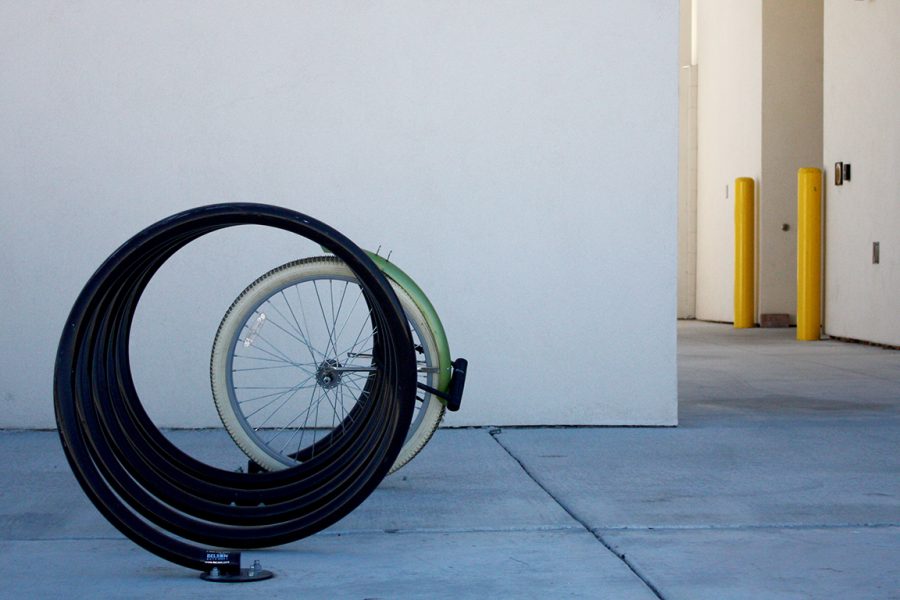 Marigold’s Boyfriend is a short story written by The Round Up staff member, Elijah Nix. Due to its length, the complete story will be published in two short segments this week.

Forgetful dreams were stopped short as my alarm shocked my ears from sleep. I rubbed my heavy eyes and groped for my phone. I strained to use my waking fine motor skills to silence the device. I blocked sunlight piercing through my open window; curtains I foolishly forgot to draw the night before. I showered, ate, and rode my bike to campus. I headed to a class I’m taking for my major.

Do I really want to stick with this major? Hm. Don’t really know what else I would do.

My wallet, keys, phone, charging block, charging cord, sunglasses, and mask jangled in my coat pocket as the chain on my bike ticktickticktickticked. I frequently checked to make sure nothing had fallen out.

Even if something did fall out, I have so much stuff I probably wouldn’t notice until it’s too late.

I pushed open double doors–mask on, sunglasses off–to a building named after a rich person who donated a lot of money to the school. There’s a lobby in this building, and it’s full of chairs and tables that reminded me of a Holiday Inn or some other hotel chain. Some students sporadically sat like airport passengers with an hour to kill before their flight. It was completely silent, except for the tapping of laptop keys and the occasional clicking of mice.

I wandered down a hall to my classroom, and stepped into the room. My professor kindly waves to me, and I mirror a kind wave back. I take my seat at the back of the room, and put my bag in the chair next to me.

I’m a little early. People are still coming in.

The previous day of class had consisted of syllabus, introduction, and names of peers, all of which I forgot seconds after they were spoken. There had been about 30 other students, but luckily there was enough space for each person to seat themselves 2 or 3 chairs away from everyone else. In the back, I had about double that space.

I unzipped my backpack–the sound echoed through the silent room–and pulled out my computer for notes that were likely not going to be taken. I then gazed around the room, resting my eyes on the door.

The room is quiet just like the lobby. I rest my crossed arms on the table along with my head. The silence allows my mind to wander. I watch people enter.

I pulled out my phone and looked at the lock screen. I smile. It’s a picture of me and 3 other friends in Halloween costumes. We were the cast from My Cousin Vinny–an obscure lawyer movie from the 90’s. Every person we encountered that night needed an explanation (and we liked that). I spent a decent amount of money on a duplicate of that lucrative suit Vinny wears when his good suit gets muddy, Erik’s dad was a judge, so getting the robe for the Judge costume was no problem, and Lilly was able to rummage through her mom’s old clothes trunks for Mona Lisa Vito’s clothes. Diesel didn’t really want to dress up, so we just said he was Billy.

In the picture, we have our arms around each other.

That had felt really good.

I opened our group chat, scrolled all the way to the beginning, and began scrolling towards the bottom. Unfortunately, the more I scroll, the more my smile drops. As the messages became more recent, the green messages of my iPhone began to greatly outnumber the gray. I frowned and put my phone back in my pocket.

Guess that’s what happens when you leave your friends for an out-of-state school.

“I think we’ll wait just a few more minutes for people to show up, and then we’ll get started,” my professor said as she craned her neck in an attempt to see down the hallway.

I glanced at the hallway with her. A moment passed and a girl who hadn’t attended class the first day stepped inside. I slightly straightened my body from its melancholy position. She peered into the room from the hallway, glanced back at the room number by the doorframe, and slowly entered. The professor saw her and waved the same wave she waved at me and everyone else. The girl waved back and approached the professor’s desk.

“Hi,” she whispered politely, “did you get the email I sent a few days ago?”

“Oh!” the professor whispered back, “Are you Marigold?”

“Ah, yes, I did. Don’t worry about it, you didn’t miss much. We just went through the syllabus, and I posted it online, so you can read it whenever you have time.”

Marigold glanced around the room for a place to sit and began walking in my direction. I straightened my posture even more. She stopped at my row and side-stepped towards and sat in a chair 3 chairs away from mine.

Man, what are the odds!

Marigold was very pretty. She was tall, had tightly curled red hair that looked like a red pasta, nice curvature, glasses. She unzipped her bag and pulled out a small feminine-but-classy notebook and pen, which she placed on the desk at which she sat.

(Davis was my last name. Why this thought came to mind first is beyond me.)

Marigold Davis… Yeah, I could see that. It doesn’t have the most natural ring to it, but it works.

I glanced over towards her and noticed that on her bag shone the design of a city, lit by a full moon.

I don’t really like the city myself, but I’m sure if she wanted to live there, I’d be willing to try it. I wonder if–

“Ok, I think now’s a good a time as any to get started,” the professor said as she approached the whiteboard in front of the class and popped off a marker’s cap, “Just like last class, I wanted to begin with a little ice-breaker.”

I could feel silent groans permeate the classroom. But I didn’t really mind. Marigold’s presence led me to welcome the exercise.

“I want you to pair up with a different person than the one you met last class, and I want you to talk about your favorite movie.”

“After…” the professor looked at her watch “… 3 minutes, I want you to present your partner’s name and their favorite movie to the class.”

Conversation began to sputter across the room. Some people got out of their seats. I turned to Marigold. Once her attention was on me, I pointed at her and myself, offering with my hands that maybe we could be partners. She gave a smile from under her mask, which I couldn’t see (but desperately wanted to see) and nodded.

I moved to the chair to her right, hormones pulsing through my brain.

Won’t it be funny to look back on this moment and say this is where our perfect relationship started?

“So… favorite movie…. Anything coming to mind.”

Ok, well this means she either watches a lot of movies or very few or maybe she just has some strong opinions about a couple or–

“You have anything?” she asked.

That didn’t sound too brag-y, did it?

She doesn’t know what that means?

Her face returned to normal and she hit her palm to her forehead, “Oh, duh, that’s right, I knew that.”

“Well, I honestly don’t watch many movies, so it should probably be easier to pick,” she said.

I mean… I guess that’s okay. I can introduce her to some good ones like The Godfather and 12 Angry Men and–depending on whether she likes horror or not–Silence of the Lambs and–