What happened to Taco Bell? 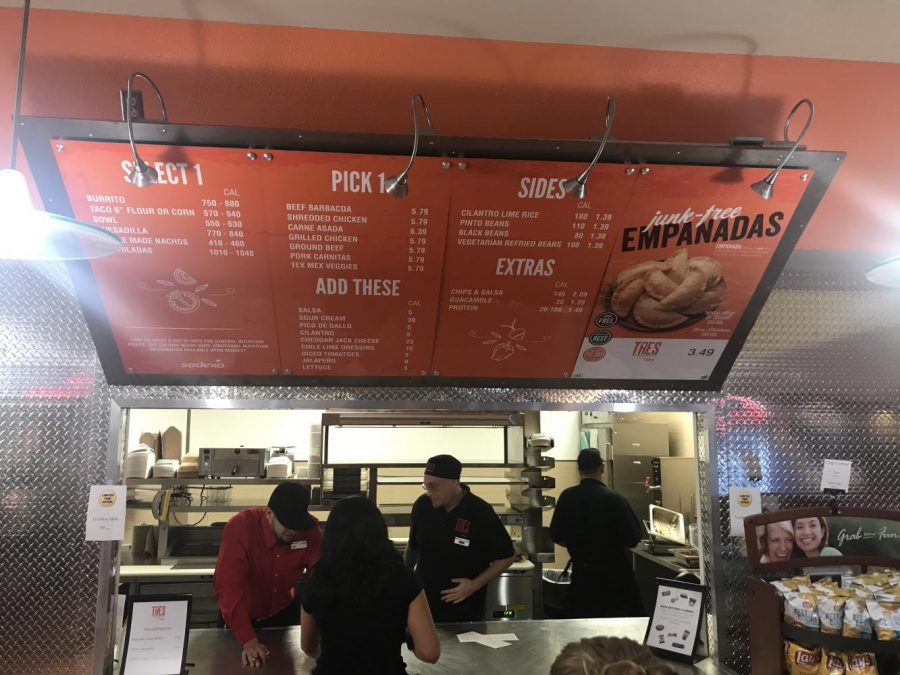 According to Sodexo Marketing Coordinator, John Rivers, the removal of Taco Bell and the addition of Tres Habaneros to the Corbett Center was purely a business decision.

“Sodexo and NMSU made a joint business decision to remove Taco Bell from Corbett Center,” Rivers said. “The decision was based upon data taken from multiple perspectives with students in mind. Rivers described the findings of the data, suggesting that students preferred food from restaurants like Chipotle as opposed to Taco Bell.

Rivers described the findings of the data, suggesting that students preferred food from restaurants like Chipotle, the popular modern twist to Mexican food done prepared via a quick and customer friendly assembly line based model, as opposed to Taco Bell.

“Data showed that students wanted food from restaurants like Chipotle, however, we can’t always get certain restaurants on campus.” Rivers said. “So we came up with a concept to fit the new data.” Tres Habaneros is Sodexo’s attempt to not only replace Taco Bell within Corbett Center but an attempt to give students what data suggested they want.

This is not the first time that Sodexo and NMSU have replaced a third party restaurant to one that is mainly operated and menu derived from Sodexo. In the Summer of 2016, the school eliminated local favorite Blake’s Lot-A-Burger restaurant which was housed inside of Gerald Thomas Hall on the southern end of campus for the Aggie Grill restaurant.

“I think it’s good!” Doug Lunsford, a NMSU freshman, said. “You can make your own burritos and tacos, and it was pretty quick too.”

Despite the change, Lunsford says he is fine with this latest switch-up by the University. “I think [Tres Habaneros’] is more authentic than Taco Bell, and it’s just better.”