Round Up Lifestyle: Column: A Rose with Ree: Season 24 Episode 3

Hey, y’all! I’m starting a column recapping/reviewing the ABC reality show, The Bachelor, starting with Season 24  Episode 3. Every week, I’ll give you the rundown on the drama that ensued in the mansion that week and my opinions on the scandals and girls on the show!

To be completely honest, I don’t think Peter should have been the bachelor. I was hoping for Mike Johnson or Tyler Cameron to be the lead of the season and after seeing how everything has gone down on this season so far, I still stand by my opinion. Peter was obviously not over Hannah B. when he started the season—that was made clear during the season premiere. But I gotta say, this is the most entertaining season in awhile. In the words of Chris Harrison, this has been ‘the most dramatic season of The Bachelor.’

It feels like something huge happens every single week, but I’m definitely not complaining. Does anyone watch this show wanting the lead to find love in the least problematic state possible? Nah.

This week’s episode of The Bachelor consisted of made up vocabulary words and some pageant girl drama (so original ABC). A few girls in the house thought Alayah, Miss Texas USA 2019, was fake and was putting up a front for the cameras. I totally agree. Her voice goes up like five octaves whenever peter is around. It kind of reminds me of Krystal from Arie’s season.

I do realize that this is a TV show. Everyone is acting like the best version of themselves because they’re literally going to be seen by millions of people, but Alayah is just over-the-top. Are half the girls on here to genuinely find love? Absolutely not. But if I met a girl speaking and acting in the way that Alayah is the entire time, she definitely wouldn’t be one of my friends. No one likes someone who puts on an perfect act constantly. Friendships are formed when you are vulnerable. Alayah’s just asking to be the most hated person there.

Also, here’s what I have to say about Alayah’s apparent three jobs:

Like I mentioned before: Something different and huge is happening every single week this season. Week 1 we had the whole Hannah Brown escapade; Week 2: ChampagneGate; Week 3: Alayah is fake; Week 4: Victoria F.’s ex is on the date (?!?!).

It should be a good time.

Also, it looks like Alayah pulls a Luke P. and comes back. Later in the season when the decisions get tougher, I can totally see someone doing this. When the number of contestants gets down to 4 or 5, Peter could be sending girls home who he actually cares about, but they barely know each other. Peter’s feelings for her can’t be that strong when they’ve never even been on a 1-on-1. If he lets her stay, I’m not going to be happy. I guess we’ll see.

Top Tweets of the Episode

Peter’s next date with the women #TheBachelor pic.twitter.com/DLb36meJmA

It was hard to find Colton when he jumped a fence but imagine what’s gonna happen when Pete just flys away. #TheBachelor

Alayah comes back next week. Peter you know what to do #TheBachelor pic.twitter.com/8NjS73EqAR

When Allayah and Luke P meet at stage coach this year #TheBachelor pic.twitter.com/IAEWucgmEE 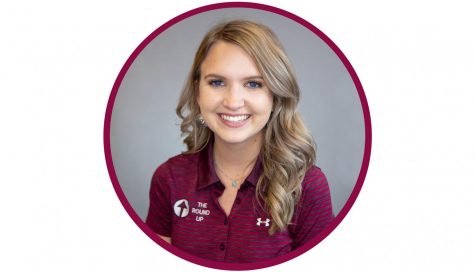 Ch'Ree Essary, entering her third year at The Round Up, currently serves as the publication's Managing Editor. The Eastern New Mexico native is a senior...

If you want a picture to show with your comment, go get a gravatar.